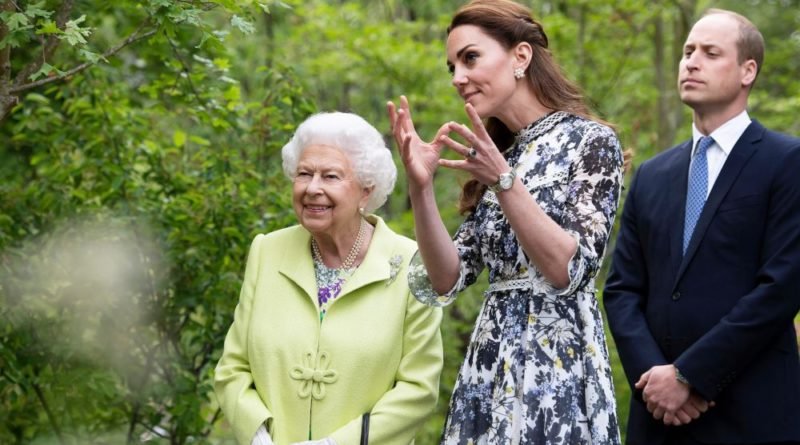 On Monday night the Duchess of Cambridge unveiled the nature garden during the first day of the Chelsea Flower Show.

Lots of royals made an appearance at the event, to show their support for Kate. Among the attendance was the Countess of Wessex, Princess Beatrice and even the Queen.

It has been a busy period for the Duchess, as before the flower show she attended a event with a group of school children to show them her handy-work, the woodland area that she had designed alongside landscape architects Andree Davies and Adam White.

On Sunday the mother-of-three was also busy, going with her lovely three children, Prince George, Princess Charlotte and Prince Louis to the landscape she created, with them being the first to explore it.

The three young royals had fun visiting and playing around the garden with Kate and Prince William. There they got the chance to swing from a tree, dip their feet in a stream and collect twigs. What more can a kid as for?

There was also a delightful surprise as Prince Louis took his first public steps-which were captured in a short video that delighted royal fans.

Below are some photos of the entire event and how the royal spend their time during the event.

Although this was her second outing for the day, the Duchess of Cambridge looked wonderful in a  floral print dress, and was supported by her husband Prince William, who looked dapper in a suit.

Both royal were in a good mood, chatting as they entered the Back to Nature garden once again.

The Duchess had put a lot of hard work in the Back to Nature garden design, and for everyone that has visited so far it has been a pleasant surprise.

The mom-of-two Sophie wasn’t afraid to show her playful side as she climbed into a tree-house inside the Back to Nature garden at the Chelsea Flower Show-which was co-designed by the Duchess of Cambridge.

After the wedding of their daughter Lady Gabriella Windsor’s royal wedding over the weekend, Prince Michael and Princess Michael of Kent also made an appearance at the Chelsea Flower Show, getting to reunite with many of the royal guests from the wedding, including the likes of Prince Edward and the Queen.

Her Majesty was also there to support her granddaughter-in-law Kate Middleton’s Back to Nature project.

The Queen also had a nature inspired outfit, with   a vibrant green jacket teamed with a floral dress for the Chelsea Flower Show‘s opening night.

The Duchess got the chance to give the Queen a deeper insight in the garden, revealing that her children had collected pine cones from their garden at Anmer Hall for it.

The Queen seemed satisfied with the garden, chatting with  Kate and William about the garden and was very interested in the large space, noting that you could fit a lot of plants inside it.

Prince Beatrice also arrived, accompanied with her friend Alice. Princess Alexandra was also among the royals to be at the event on Monday evening.

READ NEXT: Kate Revealed How George, Charlotte And Louis Surprised Her At Chelsea Flower Show 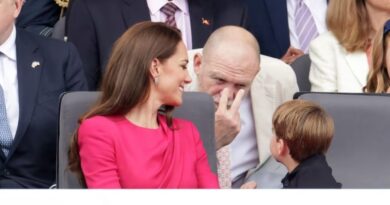