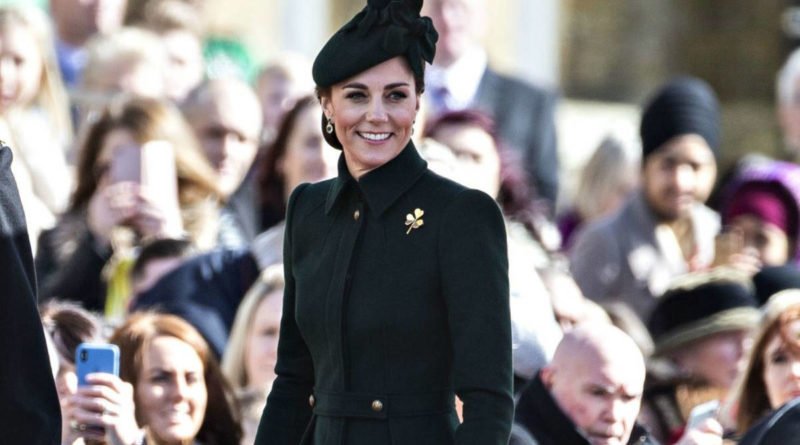 It seems we won’t be getting a sixth member of the Cambridge family.

During an engagement earlier this year, the Duchess of Cambridge met an adorable baby during a walkabout, which prompted the Duchess to admit that she was feeling broody. And royal fans, who are always eager to jump on anything that might lead to some kind of revelation, have since been theorizing that the Duke and Duchess of Cambridge might be having a fourth child. But this wild speculation has been quickly shot down, as on Sunday, we saw Kate sip on a Guinness at the St Patrick’s Day parade. Last year, when she was pregnant with Prince Louis, she substituted the pint for some water instead. The mom-of-three looked great in green during the annual engagement, which took place in Hounslow at the 1st Battalion Irish Guard’s base.

Being the opportunity hunting vultures they are, bookies quickly started taking bets on whether  Kate and Prince William will be having a fourth child. Punters have based bets at 10/1 for Kate to welcome another child this year, while odds are at 5/2 that she will announce a pregnancy this year. This isn’t the first time that rumours have popped up out of nowhere about the royal couple’s pregnancies. In 2014, while William and Kate were on royal tour in Australia and New Zealand, there was also speculation that Kate Middleton was pregnant. But the rumour was quickly shot down in the same way, with Kate and William attending a wine tasting of the wines at a vineyard in Queensland, New Zealand, totally putting the theory to rest.

Kate and William and wonderful parents to their three children and we are not throwing the thought of them having a fourth out completely, but it seems not very likely.  Next month they will be celebrating Prince Louis’ first birthday. It won’t be long until we do get a new royal, with the Duke and Duchess of Sussex’s first child due to arrive sometime in late April or early May. In December, Kate revealed that she was looking forward to her children having another playmate. During a visit to Leicester University, she said: “It’s such a special time to all have kiddies. And a cousin for George and Charlotte as well, and Louis. So it will be really special.”

READ NEXT: George, Charlotte And Louis Just Enjoyed A Fun Day Out 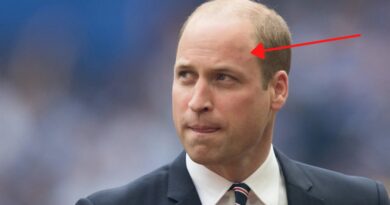