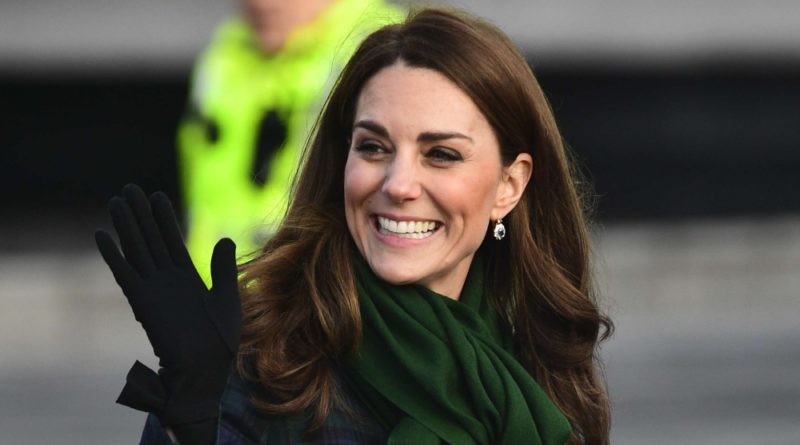 Imagine doing your shopping and next to you is Kate Middleton, just casually doing her thing.

The Duchess of Cambridge was seen by surprised onlookers outside of Kensington Palace on Thursday morning. We do not know what the Duchess was up to, but most likely she was returning home after the school run. The bystander who saw Kate immediately took to Twitter to post: “So awkwardly walking up to Kensington Palace not knowing if we should be here, we walk past Kate Middleton. ” Another person revealed they had spotted the royal as well, tweeting: “I just passed Kate Middleton but couldn’t freak out about passing a princess.”

Kate has always been known for her hands-on approach as a mother. She often times does the school run with Prince George at Thomas’s Battersea and takes Princess Charlotte to Willcocks Nursery School. A royal source has said this about the mother of three: You wouldn’t know she’s royalty. She does the school run as often as any of the other parents.” The Daily Mail reported last year that Kate dropped off her son George at school, just after the day of her giving birth to Prince Louis. Last month, the media spotted Kate outside her home feeding the ducks at the Round Pond with her youngest of the three Prince Louis-an activity she regularly does with her elder children as well. George and Charlotte are often times seen playing football in the palace gardens, or riding their bikes (without stabilizers!), with their Spanish nanny Maria Turrion Borrallo always not far behind.

In December, Kate was seen by a fan taking her oldest Prince George on a shopping trip to department store Peter Jones. The boy and his down-to-earth Duchess were seen at the Sloane Square branch browsing after George finished school at St Thomas’s Battersea for the day.

Even though Prince William and Kate are often in the public eye and busy with engagements, they still try to spend as much time as they can with their children and family, with which they have a very close bond. Kate has said multiple times during interviews that her favourite activity does to with George and Charlotte-and Louis will most likely join when he has grown enough-is running around outside in the garden, baking and hunting for spiders.

READ NEXT: Why Both Meghan And Kate Wore Muted Colors For Their Outings With The Queen?