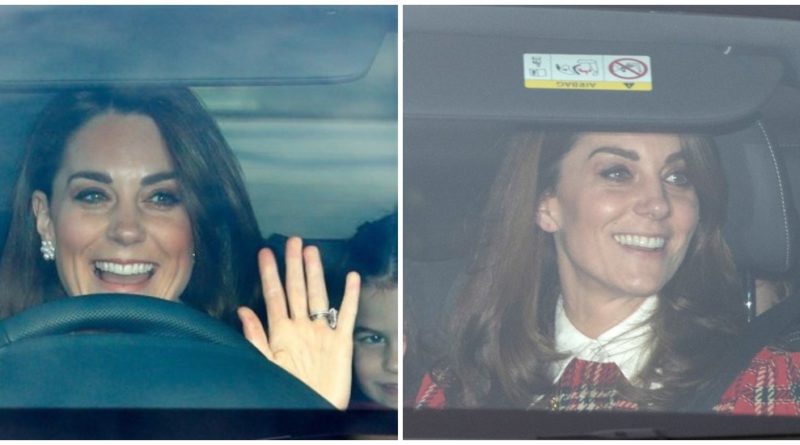 On Wednesday, Prince William and Kate took their three children to Buckingham Palace today for the Royal Family’s Christmas lunch hosted by the Queen.

They left together in the same car, but Prince William earlier arrived with Prince George, while Kate brought Princess Charlotte and Prince Louis in a separate vehicle.

Photographers snapped images of the Duchess in a festive, tartan dress, reportedly from Emilia Wickstead, for the occasion. She paired it with show-stopping pearl flower earrings designed by Cassandra Goad.

However, eagle-eyed fans noticed that when the family left the Queen’s Christmas lunch, Kate’d taken off her earrings for the drive home. The exact reason is unknown, but haven’t we all been there, earrings nipping at our earlobes or feeling heavy or itchy?

Also attending the traditional annual event in was a host of senior royals including Prince Charles, his wife Camilla, Princesses Beatrice and Eugenie and their father Prince Andrew. Princess Anne’s daughter Zara and husband Mike Tindall, the Countess of Wessex and daughter Lady Louise Windsor, and Prince and Princess Michael of Kent’s son Lord Frederick Windsor and wife Sophie Winkleman were also there.

Next week, the family of five will travel to the Queen’s Sandringham Estate in Norfolk for Christmas with the rest of the royal family. The royals have an annual tradition of walking to church on Christmas morning together.  It will mark George and Charlotte’s first time taking part in the royal tradition.

“It will be so sweet. George and Charlotte will make their Christmas debut, as long as they’re both on good form on the day,” a royal source told The Sun. “It’s the picture all royal fans want to see. The royals walking to church on Christmas Day is a rite of passage and so William and Kate didn’t want to expose their children too early, but they feel they’re old enough now.” 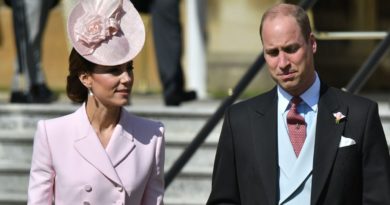