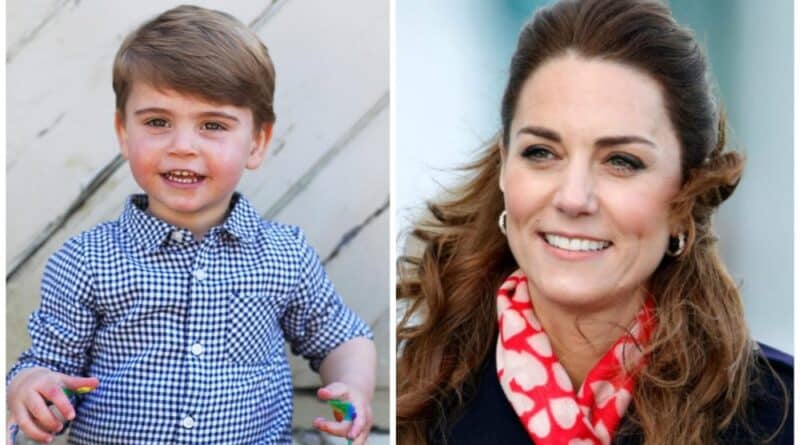 Yesterday, Prince Louis, Prince William and Kate Middleton’s youngest child turned two. And as a way to mark the birthday, as it has become a sort of a tradition for the Duke and Duchess of Cambridge, the couple shared a couple of photos of the birthday boy on their official Instagram account.

Some fans noticed that the young Prince looks a lot like his mother Kate Middleton, with the Duchess reportedly acknowledging that from all her children Prince Louis looks like her the most.

An insider told People magazine: “Everyone always comments on how Louis is the spitting image of Kate,

Before adding: “She loves it and thinks it’s very sweet, she often jokes that he’s the only one of her kids who actually looks like her!”

There were five photos posted by the Kensington Palace official account, in which Prince Louis is seen playing arts and crafts at the family home in Norfolk. The young royal looked very happy in the pictures, having a big ear to ear smile on his face as he finger-painted using rainbow colours.

Two more photos were posted later on, with Kate joining in on the “Instagram Vs Reality” trend that is used on social media.

As he grows up, Prince Louis is starting to look more and more like his mother, and perhaps even like his grandfather Michael Middleton. The Middleton genes are strong in him. On the other side, his older sister Princess Charlotte has been compared to her great grandmother Queen Elizabeth.

The young Prince had to celebrate his birthday at his family’s home at Anmer Hall, Norfolk, due to the ongoing crisis. The entire family is their self-isolating. Nonetheless, we are certain he had a great day, filled with activities as well as calls from other royal family members who wanted to wish him a Happy Birthday.

Yesterday evening the Cambridge family were seen clapping for frontline NHS workers in a clip for BBC’s Big Night in the show. Comic relief and Children in Need came together for a special night of television.

Other royal family members and celebrities also showed their support for the frontline staff fighting the pandemic. Among them were Prince Charles and his wife, the Duchess of Cornwall. The heir to the throne had contracted the virus several weeks ago, but luckily he had a speedy recovery. He and his wife Camilla are also self-isolating at their Balmoral estate in Scotland.

Other royal family members that made an appearance were Sophie, Countess of Wessex, Prince Edward and their two children in a video shared on the Royal Family’s Instagram account. In the clip, Prince Edward says: “From all of us, just a huge thank you to so many of you working on the frontline.

“We really appreciate it. Keep up the fantastic work.”

According to reports, Prince William and Kate are using this “time off” the best they can, spending as much time with their kids as they can, as when they return to their royal duties, they will have more to deal with due to the departure of Prince Harry and his wife Meghan.

Online magazine The Talko reported: “There are definitely some benefits to moving up in the ranks, like having access to income from the Duchy of Cornwall.

“But not all of the changes will be fun for Prince William and Kate.

“They love spending time with their family in Anmer Hall, which was a wedding present from the Queen herself.

Once lockdown is lifted, the Cambridge family is expected to return to Kensington Palace to resume with their royal duties.

READ NEXT: William, Kate And The Children Join UK To Thank NHS Workers 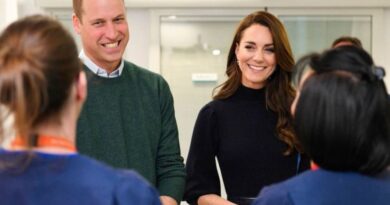