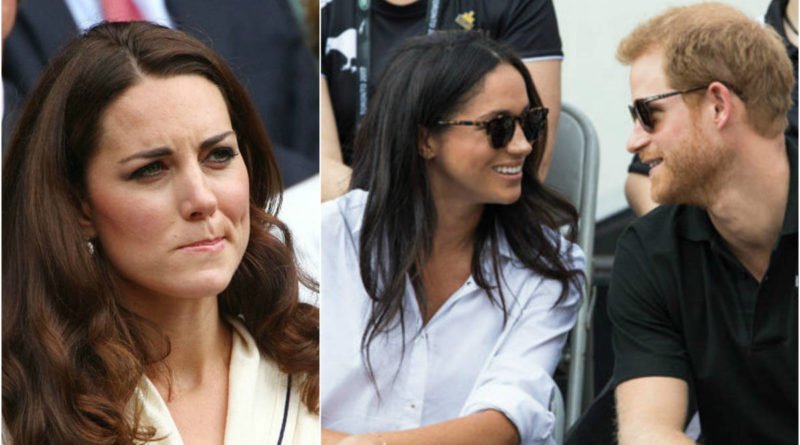 A month ago it was announced that Kate Middleton and Prince William are expecting their third baby.

And the news about the royal baby definitely got all eyes on the Duchess of Cambridge, especially because she is suffering from severe morning sickness known as hyperemesis gravidarum.

However, according to recent reports, Kate Middleton feels frustrated because Prince Harry and his girlfriend Meghan Markle are allegedly “stealing her limelight”.

Reportedly, the Duchess of Cambridge is concerned that the news of Prince Harry and Meghan Markle’s engagement will overshadow her.

Kate Middleton is getting shamed for her pregnant body https://t.co/szK40jnqiu pic.twitter.com/QQW2WjMVmh

“The Duchess knows that because of her years of experience in Hollywood, Meghan is more media savvy than Kate will ever be,” according to reports from The Daily Star.

“She knows how to work a red carpet and she definitely knows how to pose for a camera in ways that Kate Middleton can only dream of doing herself.

“Forget Queen Elizabeth and Camilla Parker-Bowles. Kate Middleton knows that Meghan Markle will be a real royal threat the moment she officially becomes a member of the British royal family.”

The insider added: “Kate Middleton can get pregnant with ten royal babies, yet the press will still focus on Harry and Meghan and how perfect they are for each other.

“They are young, their romance is fresh and most importantly, they’ve got a bright future ahead of them. In other words, they are the royal family’s new A-list stars.

“And for Kate, that’s what is troubling her right now. She’s no longer the star of the show.”

Kate recently made her first public appearance since announcing her pregnancy, at a reception at Buckingham Palace.

The Duchess of Cambridge looked gorgeous in a blue dress at a reception for World Mental Health Day at Buckingham Palace. Some people believe that she gave us a hint about the sex of baby number 3.