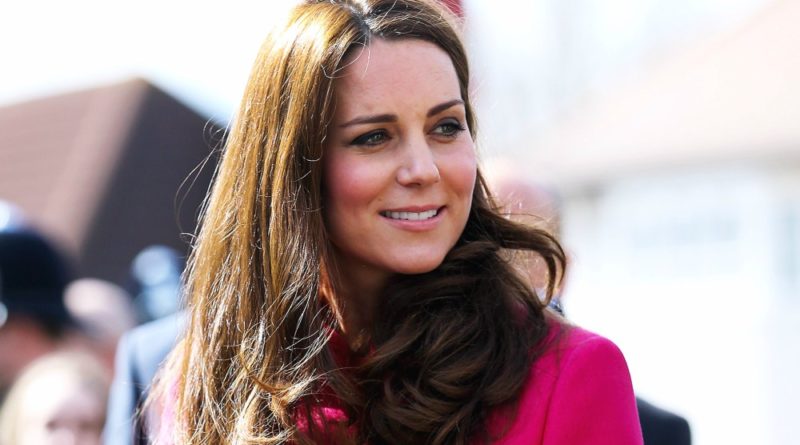 Well even though some of them are trying to be as normal as possible, the Royals are not an ordinary people. And every step they make is dictated by rules and tradition.

Kate Middleton is set to welcome her third child next month. It has been said that she decided to have her third baby at the Lindo Wing at St. Mary’s Paddington. And apparently, she will have to follow a set of childbirth rules that have been in Royal family for decades. Among them is the one that the Queen has to be the first person to hear the good news etc.

Today The Duchess of Cambridge visited the new HQ of children’s mental health charity @_place2be to officially open their centre of excellence. The Duchess met staff, counsellors, teachers and school leaders, and praised them for being at the forefront of efforts to give every child the best start in life. The Duchess also got chance to join pupils from nearby Albion Primary School who were taking part in an exercise on friendship.

However, there’s one strange childbirth rule that he luckily won’t have to follow. The rule has been ditched for over 90 years now. It was a must when Queen Elizabeth herself was born.

Years ago, the Home Secretary was present for the birth of royal babies.

The reason why this rule was established was so the Home Secretary could make sure the baby was a genuine descendant of the monarch.

Do you know the ‘Warming Pan Scandal’ in the late 17th Century? King James II and Queen Mary Beatrice were victims. Their son James had been just born and the parents were happy about it. But, their Hanoverian rival families started a rumor that their baby was an imposter. They claimed that their actual child was replaced with another baby.