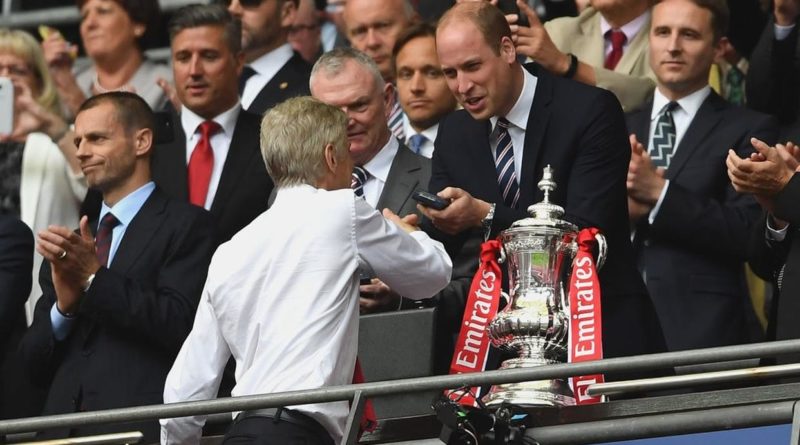 The Duke of Cambridge and Prince Harry have no plans to attend the football World Cup tournament which is this year in Russia, a Royal source has revealed.

If so, this will be the first time no senior member of the Royal family will support the English team personally during the tournaments in decades, and the first time in at least 16 years that neither Prince will attend.

For the last three World Cups, in Brazil, South Africa, and Germany, at least one of the brothers has been in attendance. The Duke’s attendance at this years tournament was put in question after former Russian double agent Sergei Skripal, 66, and his 33-year-old daughter Yulia were targeted by what is believed to be a nerve agent.

As president of FA, English footballs governing body, the Duke is the one who is usually the one to support the national team in person or with a close representative during the World Cup.

His involvement this year will most likely consist of only pre-tournament visits on home soil, or messages to wish the team luck. A source there are “no plans” for the Duke or Prince Harry to attend the games in Russia.

In 2010, both the Duke and Prince Harry attended an England group game, which was hosted by South Africa. In 2014, Prince Harry went solo, as he was already on tour in South America which saw him enjoy a kickabout with local children and cheer England on against Costa Rica.

In Frankfurt in 2006, Prince William watched England vs Paraguay, meeting fans and delivering a letter to the FA from the Queen.

In 2002, Prince Andrew watched the quarter-final against Brazil, while Prince Charles took the young Prince Harry to cheer England on against Colombia in France in 1998.

The Duke was also part of the delegation in 2010, alongside David Beckham and David Cameron, in Switzerland in 2010 to argue the failed case for England to host the 2018 World Cup.

Earlier this week, Boris Johnson, the  Foreign Secretary, told MPs it would be “very difficult to imagine that UK representation” at the World Cup could “go ahead in the normal way” this summer. Theresa May said the Government would “look at whether ministers and other dignitaries should attend” the sporting event during Prime Minister’s Questions.

Lots of ministers, including the sports minister Tracey Crouch, would be canceled any plans they have had to travel to Russia for the World Cup in July in the event of a proven link between the host nation and the alleged attack on the former spy and his daughter.

A Royal source said there were no plans in place for the Duke or Prince Harry to attend any matches in Russia.

Whitehall sources said ministers were “a long way off” having to make decisions about the Duke’s travel arrangements, but did not deny that he would be advised to stay away if a boycott was in place.

The Duke and Prince both have a busy schedule this summer, with the Duchess of Cambridge expecting her third baby in April and Prince Harry’s wedding to Meghan Markle in May.

This summer, the Duke will visit Israel, Jordan and the occupied Palestinian Territories on the request of the Foreign Office.

READ NEXT: 5 Weird Rules Middleton Kate Has To Follow When Giving Birth To Third Child

The One Thing Kate Loves To Tease Prince William About

The Duchess Of Sussex Declined Her Emmy Award Invitation