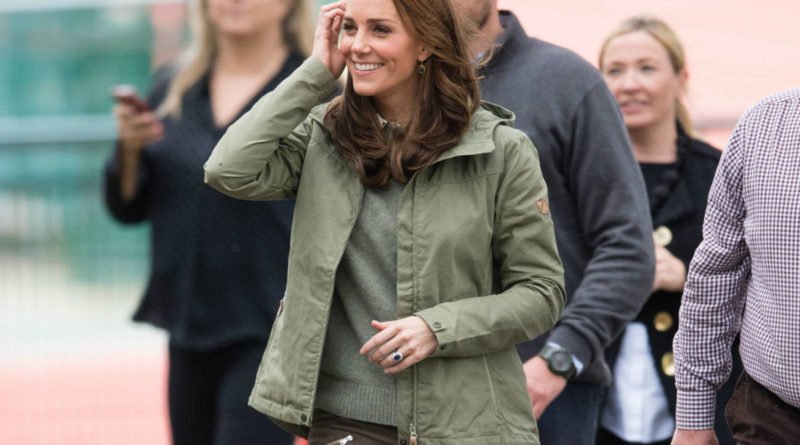 In one of the more surprising reveals from the royal family, Kate revealed that despite the bad reputation that spiders have, her kids love them. The Duchess visited the Sayers Croft Forest School and Wildlife Garden in Paddington when she revealed to the teachers that she hunts for spiders “for hours” with her elder children. Her youngest, Prince Louis, is only five months old so he cants join in on the fun just yet.

During her visit, Kate joined the kids in their search for spider and other smaller animals that lived in the garden. “Hello, what are you doing here?” she asked the group. After the children said they were looking for animals and counting their legs, Kate continued: “Who has found a spider? Has anyone found a spider? You have – a big one or a little one?” “I’m going to find a snake,” one little girl said, prompting the Duchess to smile. The Duchess also helped the children plant seeds, asking them if they enjoyed what they were doing. She wasn’t afraid to get dirty as she also bends down among some ivy and spotted a frog. Other activities that she managed to do was help fetch water, collect leaves for the kids as they made leaf crowns. “Look I made this,” one youngster said, showing Kate his creation. “It’s so pretty, so pretty. Those leaves look like jewels. They are amazing,” she said. By the end, they all sat down on a log and the Duchess listened to the children as they told her the story of The Monkey Queen.

This visit was made with the goal for the Duchess to see first hand how inner-city children are given the opportunity to engage with and learn about nature. She also spoke with parents and teachers about the effect the children have from being outdoors, both on their mental and physical wellbeing. Zoe Stroud, interim Head of Sayers Croft Forest School, showed Kate around and said afterward: “She was lovely. She really gets what we are doing here and said she often takes her children on spider hunts in their garden, which they love. They can spend hours out there. She really understands the value of being outdoors for children, especially those in cities whose schools and homes may not have open space and sometimes never had the chance to get their hands dirty. They just love it here.”

This was the first official engagement the Duchess has carried out after her maternity leave, and she looked as stunning as ever when she bonded with the youngsters. Although dressed down for the outdoors engagement, Kate still managed to look chic in skinny jeans, a jumper, and sports jacket. The Duchess also appeared to have had copper lowlights added to her hair, with a few inches chopped off.

READ NEXT: Kate And William Will Attend First Joint Engagement Since Louis’ Birth

The Queen Showed Cute Photo Of Archie During Christmas Speech