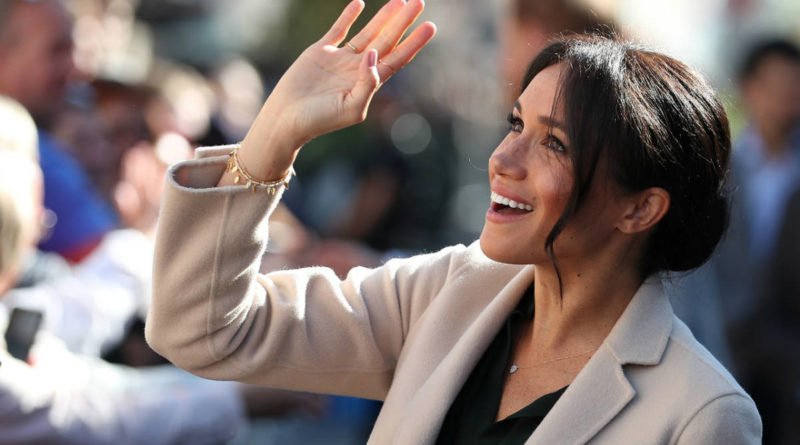 Ever since the moment Meghan Markle put the ring on and officially became a part of the royal family, everyone has been obsessed with royal protocol. Is she following it? Is she breaking it? Does she know she is breaking it? Well…we can say that there is a bit of everything. With the spotlight on her most of the time and with tons of eagle-eyed fans watching her every step, Meghan can’t afford to slip up. But for the upcoming tour, she is getting all the help she can get with royal protocol. Myka Meier of Beaumont Etiquette-who was trained by a former member of the Queen’s Household and is an expert in all things royal-talks about the extreme measures Meghan will be taking to get ready for her debut trip with Prince Harry.

“The Duchess of Sussex will have a team of Royal aids within the palace that is there to assist her in every way to prepare for her formal engagements,” Meier explained. “As a senior member of the Royal family, she is a working royal with roles and responsibilities to fulfill on behalf of the family. In order to show respect to the people she is meeting, she will be briefed ahead of each event on the Senior people she will be meeting and how to greet and address them, solely in order to show respect. From assisting her with what to wear all the way to important topics to speak about, she will have help to ensure she is fully prepared.”

Embracing protocol in other countries does—at least sometimes!—mean abandoning the Queen’s rumored set of rules. “When traveling, we often see the Royals adopt the customs and culture of the country they are in,” Meier said. “For instance, if in a country they visit it’s a sign of respect to dress in a certain way, they will do so. Often we see Royals wearing outfits from local designers, too, to show respect and support for the country they are visiting.” Additionally, Meier revealed that “Senior Royals will have a team of aids within the palace that help prepare them for every event they are attending and speaking at. They will be briefed on who they are meeting, and any significant protocol behind addressing other important guests as well as any political, religious or cultural sensitivities to be aware of.”

READ NEXT: Meghan And Harry Arrived In Their Namesake County Sussex