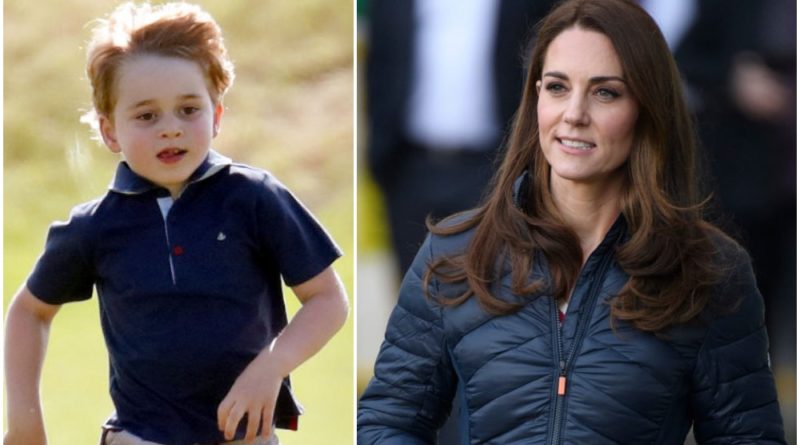 Mom Kate may need some soccer lessons from her son and coach, Prince George!

Today, William and Kate visited the National Football Stadium at Windsor Park in Belfast, Northern Ireland, where they played soccer with a group of young girls from Irish Football Association’s “Shooting Stars” program.

The couple were there to learn about the Irish Football Association’s community soccer projects and how the sport can play a role in bringing communities together. While Kate was playing football with the girls, she revealed to them that her son George it is not really impressed with her soccer skills!

Kate shared that Prince George is now learning to play the sport, practising at home and telling her: “Mummy, you’re so rubbish.”

“I should have picked up some tips from George,” Kate added.

Husband William didn’t miss to tease her too, warning the children: “look out, she goes for the ankles”, before shouting “tackle her!”

In 2017, during a meeting with the England’s women’s soccer team, William confessed that he was having trouble teaching George a few essential skills of the sport.

“He said at the moment he’s trying to teach George that football is actually a contact sport,” player Casey Stoney said. “But George doesn’t really like it when he’s palming him off and getting physical.”

While chatting with tennis star Novak Djokovic, after his Wimbledon win last summer, William shared that he’s trying to get his kids into some of his favorite sports. “How are your children?” Djokovic asked Kate and William in a video shared by the famed tennis tournament.

“Very well, thanks, very well,” the dad of three responds. “Trying to get a tennis racket in their hand – and a football!”

After a day of sports and activities, the royal couple attended a reception in Belfast during their surprise two-day trip to Northern Ireland.

The stunning mum-of-three wore a shimmering green Missoni dress which she paired with a pink Mulberry clutch and matching Gianvito Rossi heels. It’s just the perfect choice for an evening engagement. Kate was all smiles as she arrived at the party at the iconic Belfast Empire Hall. The event was hosted by the Lord Lieutenant of the County Borough of Belfast and celebrated inspirational young people who are making a real difference in Northern Ireland.

Kate  and Prince William got behind the bar at the music hall, each taking a turn as bartender.

William and Kate arrived in Belfast on Wednesday morning for a two-day visit of the country. The couple spent their day meeting locals and carrying out engagements.

For the walkabout, Kate wore a red Carolina Herrera coatdress and ankle boots from LK Bennett. The visit was previously unannounced so royal fans were in for a surprise as the Duke and Duchess began their tour.

It is the third time the couple have visited the region together. On previous visits, Will and Kate attended a garden party at the royal residence at Hillsborough Castle, Co Down, in June 2016, when they mingled with many of the 2,500 invited guests. And they visited in March 2011, in the run-up to their wedding.

READ NEXT: Meghan And Kate Did The Same Thing In Their Final Stages Of Pregnancy