It is a well-known fact that both Prince William and Kate Middleton are fans of sailing, with both of them being pretty competent at the sport themselves, as the two have shown time and time again in the past. Back in 2019 during the King’s Cup Regatta in Cowes on the Isle of Wight the two went head to head, skippering their own teams in a tight battle. And now, it seems, they are trying to install the love they have for sailing into their children.

In early August this year, the two royals were seen with their three children, Prince George, 8, Princess Charlotte, 6, and Prince Louis, 3, right off the coast in a small boat on the north Norfolk coast.

A source close to the royals reports: “They are very much a family of sailors now.

“Kate has always been a competent sailor and William’s pretty good too.

“They have enjoyed some wonderful time on the coast this summer sailing and showing the children how to steer and sail a boat.”

The report also says that the children had a blast swimming in the sea and were undaunted by the “fresh” waters.

“The kids were all running in and out of the water with their dog and spent hours playing in the sand,” the source continued.

“They are clearly a family that loves being outdoors and in nature.”

This summer the Cambridge family spent the entire summer holiday in the UK, due to the global pandemic still being ongoing. They spent most of the time in their country home Anmer Hall in Norfolk, with just a few trips here and there, like a visit to the Scilly Isles off the Cornish coast and spending some days with the Queen at Balmoral in Scotland.

With the end of the summer holiday soon, Prince George and Princess Charlotte are already preparing to return to school. This year Prince George will be starting Year 4, while Princess Charlotte will start Year 2, with both attending  Thomas’s Battersea School in south-west London. The youngest, Prince Louis, will continue going to Willcocks Nursery School. 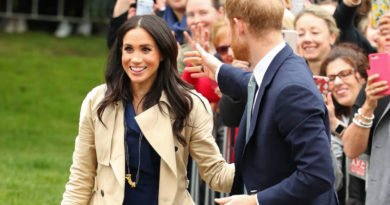