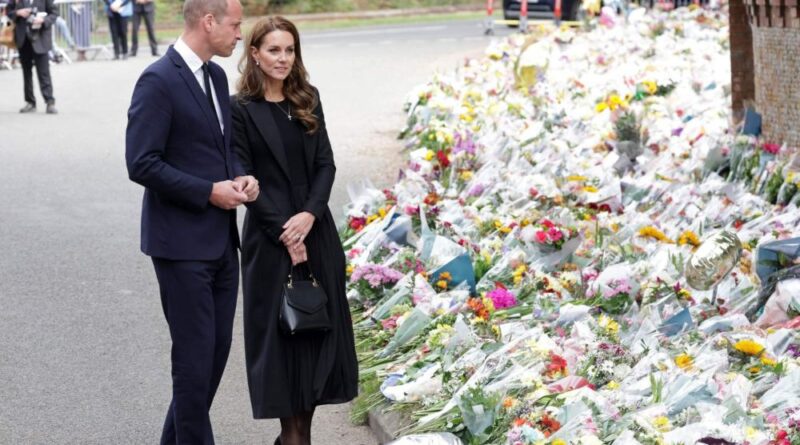 It is a period of great change for the royal family. On Thursday, the new Prince and Princess of Wales stepped out in Sandringham as they toured the tributes left in the Queen’s honor following the monarch’s death last week. During a conversation with some of the crowds gathered in front of the gates of Sandringham House, the Princess of Wales spoke about her three children-Prince George, 9, Princess Charlotte, 7, and Prince Louis, 4-and how all three of them have been adjusting to Lambrook School, where they just started going to last week.

“Kate said the children have settled in nicely with their new school and have new friends,” Lydia Bailey, who lives nearby in Heacham, tells PEOPLE magazine. She continues with a mention of the late Queen: “William said the Queen’s values will continue for time to come.”

George, Charlotte and Louis attended an orientation day with their parents at their new school in Windsor on September 7th. Unfortunately, their very first day at their new school will not be remembered fondly. The very next day, on September 8th Buckingham Palace announced that their great-grandmother “peacefully” died at age 96 at her beloved Balmoral Castle in Scotland after her doctors said they were “concerned” for her health.

When asked how George, Charlotte and Louis were dealing with the Queen’s death, Princess Kate revealed: “The children are doing well and they are being looked after at school.”

However, one crowd member was told George was said to understand the loss of his great-grandmother more than his younger siblings. One well-wisher explained: “She said they were keeping things as normal as possible for the children.

Since then we have seen the Prince and Princess of Wales step out for several ceremonial events leading up to the Queen’s state funeral on Monday, with the two royals talking about what a somber day might be like during their visit to Sandringham.

“William said he thinks Monday will be hard,” Bex Neeve, 44, from the county of Norfolk, tells PEOPLE. “Kate said it’s been overwhelming and she and William are very grateful for everyone being here. She was emotional. They seemed like they were here to soak up all the love.”

Her mother Sharon Clouting, 64, adds, “You can tell William is his mother’s son. He was chatting so easily and very sincere.”

Sarah Tomlinson, 51, from the nearby town of Kings Lynn, was also present there with a friend of hers a the friends baby.

“My friend’s baby was the first jubilee baby to be born in Kings Lynn and named after Prince Louis,” she says.

“William came over and said how dashing he is in his outfit.” The couple also “showed a real interest” in the baby and asked if he was sleeping through the night.

“I can’t believe how together they are — they seem to be supporting us rather than us supporting them,” Tomlinson adds.

READ NEXT: Princess Kate Paid Tribute To The Queen With A Sentimental Detail