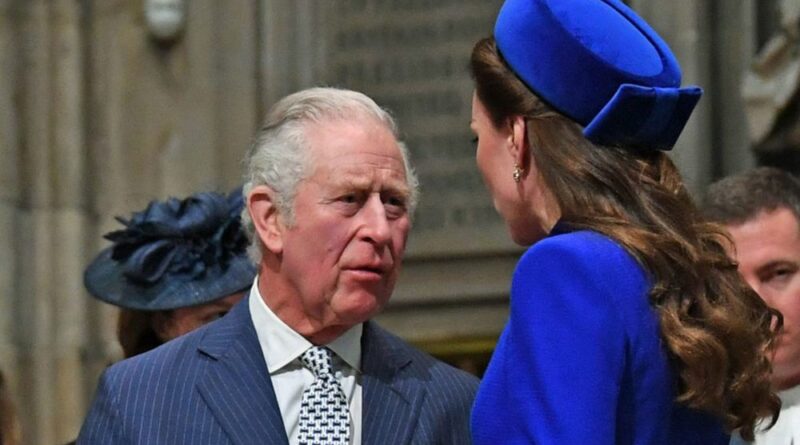 The Duke and Duchess have had a very busy few weeks, but it seems they still find time for family, as per a lip reader at least. According to expert lip reader Jeremy Freeman, the Cambridges had a sweet moment with Prince Charles during Tuesday’s Commonwealth Day service, which Prince Charles attended on behalf of the Queen who was taking a precautionary absence.

During the service Prince Charles leaned into Kate, telling her: “We are going to pop in and see you all…” at least according to Freeman. It’s a fascinating moment, reminding us the royals are people like the rest of us, popping over for a cup of afternoon tea.

However, if this meeting will take place before or after the Cambridges’ upcoming royal tour remains unknown, what is known is that the little royals, Prince George, Princess Charlotte and Prince Louis, will definitely be looking forward to it.

Previously Prince William has spoken on his kids’ affection for their grandfather and his wish for them to spend more quality time together, saying: “I would like him to have more time with the children… to, you know, play around with the grandchildren, when he’s there, he’s brilliant, but we need him there as much as possible.”

Unfortunately, Prince Charles hasn’t been spending as much time with his other grandchildren. He hasn’t even had the chance to meet his granddaughter Lilibet, who was born to Prince Harry and Meghan Markle in June 2021.

The royal grandfather of course would love to get together with the Sussex family once again. He even reportedly offered them a place to stay at his home.

READ NEXT: The Touching Moment Between Kate And Camilla You’ve Missed