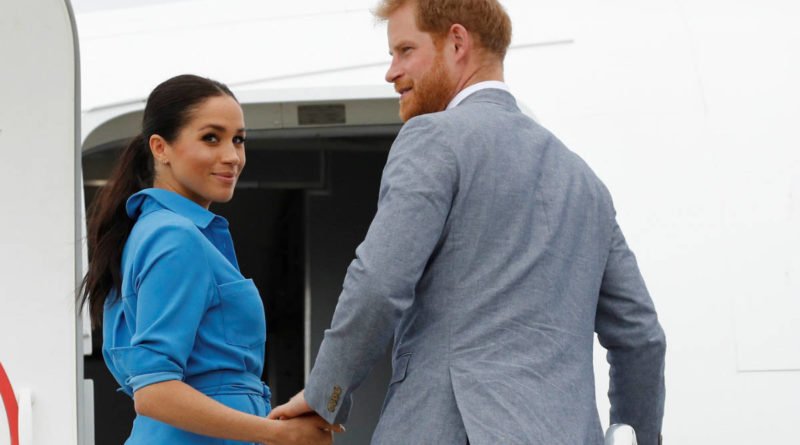 The royal couple ran into some trouble as they approached their landing spot at Sydney Airport, and had to cancel their first landing. The couple was returning from Tonga to continue the next part of their 16-day Commonwealth tour.

Their first attempt at landing had to be aborted due to another aircraft being on the runway, but luckily the pilot was successful in the second attempt.

A message from the flight deck said: “There was an aircraft on the runway a little slow to roll… so the decision was taken to abort the landing.” The plane was nearing its determined landing spot when it suddenly started climbing again. According to Flightradar24, the jet had descended to an altitude of 125 feet when it climbed and performed a go-around.

A Qantas spokeswoman said to Reuters: ”The captain advised those onboard they’d be doing a go-around as there was another aircraft on the runway that took longer than expected to take-off.”

Prince Harry and Meghan Markle boarded the Qantas charter plane hours earlier as they departed from Tonga to Australia. The couple was photographed leaving the plane after the successful second attempt. Even with the delay in landing, Meghan was all smiles as she left the plane alongside her husband, Prince Harry. This setback didn’t affect the couple’s plans as they still managed to attend the Australian Geographic Society Awards at the Shangri-La Hotel in Sydney. Meghan looked absolutely gorgeous in an Oscar de la Renta dress as she presented an award at the ceremony. The Duke and Duchess of Sussex are nearing the end of they’re first ever overseas tour as a married couple. During their tour, they have visited Australia, Fiji, and Tonga. Before left Tonga on Friday, Harry and Meghan met with the prime minister ‘Akilisi Pohiva and his cabinet.

READ NEXT: Meghan Has A Subtle Way To Avoid The Zika Virus In Fiji And Tonga

The future parent went on to join Princess Angelika and Prince Ata, the King of Tonga’s son and daughter, at the Fa’onelua center for an exhibition of Tongan youth and culture. Princess Angelika gave a speech in which she praised the royal pair as an “inspiration”. She said: “Your visit today draws attention to the fundamentals of today’s youth, youth leadership, youth empowerment and addressing the social, economic and environmental challenges of our region.

“Your visits inspire and has been an inspiration for the youth of Tonga to be the best they can be.”

“You are a beacon of hope to us all.”

Up next on their royal tour, the duke and duchess will visit the Tupou College where they dedicated two forest reserves to the Queen’s Commonwealth Canopy. Prince Harry and Meghan Markle also got an audience with King Tupou VI and his wife Queen Nanasipau’u at the Royal Palace. On the route to the airports, schoolchildren had lined it with a carpet of woven mats in honor of the couple as they were leaving Tonga. 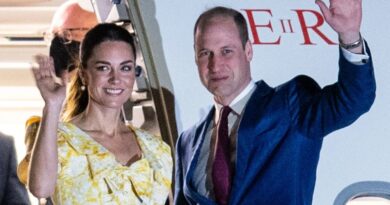