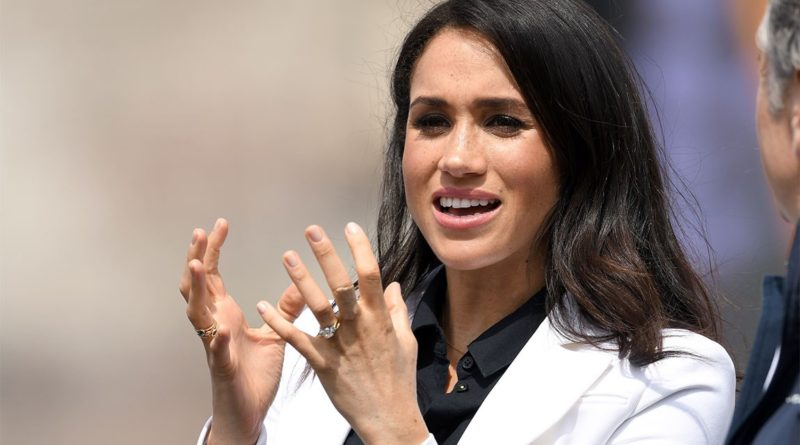 Royal fans have already thrown around guesses around when is the next baby royal coming? Because why not?

Everyone has their eyes on Meghan Markle and Prince Harry after they finally announced that they are currently expecting their first child.  The couple is currently on a 16-day tour, their first as a married couple, in which they will visit Australia, New Zealand, Fiji, and Tonga.

Less than five months after the fairytale that was their wedding at Windsor Castle, Kensington Palace revealed that the Duke and Duchess are expecting their first child on Monday, October 15th. They also said that the baby is due to arrive in spring 2019, but who knows when exactly. The royal watchers of course. There has already been speculation of the month of the royal baby’s birth as they think they have found a clue on Meghan’s hand. Excuse me what? Bare with us on this. Meghan Markle, 37, was supporting her husband Prince Harry at an Invictus Games event in Australia earlier this week, and she looked absolutely stunning in a white jacket over a black shirt. And something that caught the eyes of royal fans, is the ring she wore on her right hand. The Duchess wore three stacked rings, each with its own gemstone, which led people to start with some really wild speculation that somehow it was connected to the baby’s birth.

As Meghan’s birthday is in August, while Harry’s is in September, and coincidentally the green and blue gems at the top and bottom of the stack fits the birthstones of green peridot and blue sapphire, which fit as the birthstones of their birth months. The gem in the middle band meanwhile, seems to be diamond, which is the birthstone of the month of April.  Sound evidence, eh? The rings are from Ecksand, a Canadian jewelry designer Meghan has worn at other events, and each ring is sold separately so the customer can pick and choose whatever gemstone they want – and stack them whatever way they want.

On the jeweler’s website, the ring with a round emerald stone is on sale for $1990, while the marquise cut sapphire and diamond rings are available for $933 and $980 respectively.

One fan took to Twitter, under the name @DuchyofSuccess, saying: “I’m (sic) hoping Meghan’s stacked rings represent their birthstones and Baby Sussex is an April baby. Could this be the clue we have all been missing this entire time? It’s surprising what kind of connections people will make. Or maybe she just chose those gemstones because…she liked them?

But this hasn’t stopped people from placing bets on April as the arrival as the newest addition to the Royal family.

READ NEXT: Meghan Has A Subtle Way To Avoid The Zika Virus In Fiji And Tonga 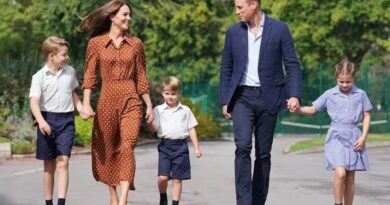 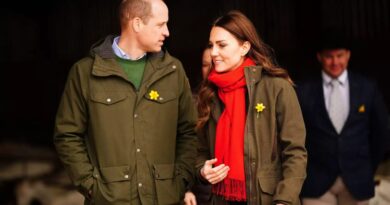