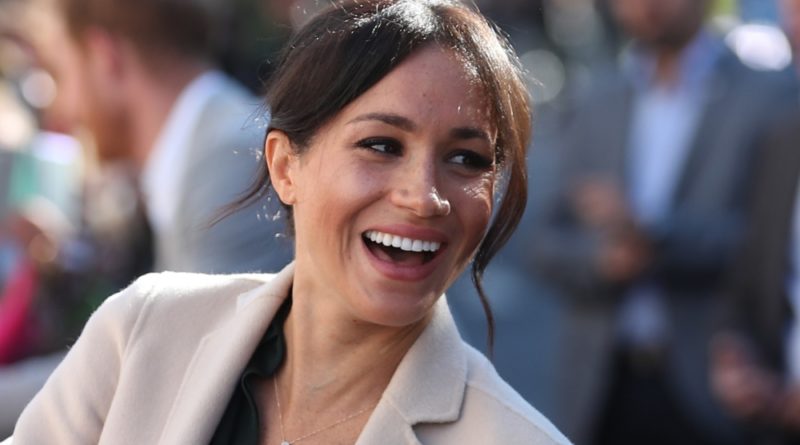 Meghan has made a last-minute trip to New York City so she can support her good friend Serena Williams in the US Open final this weekend. She’s travelling without husband Harry and son Archie, who will remain home in Windsor.

On Saturday, Meghan will be cheering on Williams at the final against Bianca Andreescu.

The Duchess, whose flying habits have come under heavy scrutiny, travelled on a commercial flight.

Meghan is expected to return to Britain at the end of the weekend. A source told The Times: ‘It is a last-minute trip. Excited to support her friend, and then come back.’

This is Meghan’s first trip to New York City since her baby shower in February when she partied with her friends. It also marks her first time away from her son Archie since his birth in May.

Meghan and Serena first met at the 2010 Super Bowl in Miami where they immediately hit it off. Serena and her husband, Alexis Ohanian, were also guests at Harry and Meghan’s wedding in May 2019, and Serena visited baby Archie shortly after he was born. However, she couldn’t attend his christening in July, because she was busy competing on the court at Wimbledon, where Meghan made an appearance to cheer on her friend alongside Kate and Pippa Middleton.

Meghan has only made a handful of appearances during her maternity leave, including Trooping the Colour, Wimbledon.

But, on September 12, she will officially return to royal duties. Duchess Meghan will launch her new clothesline, in collaboration with Jigsaw, John Lewis & Partners, Marks & Spencer and MishaNonoo, next Thursday to support her patronage SmartWorks.

For every item bought during the sale of the collection, which will last for at least two weeks, one will be donated to Smart Works. “Not only does this allow us to be part of each other’s story, it reminds us we are in it together,” Meghan wrote in her Vogue issue.

READ NEXT: See The Thank You Card Meghan Sent Following Her Birthday