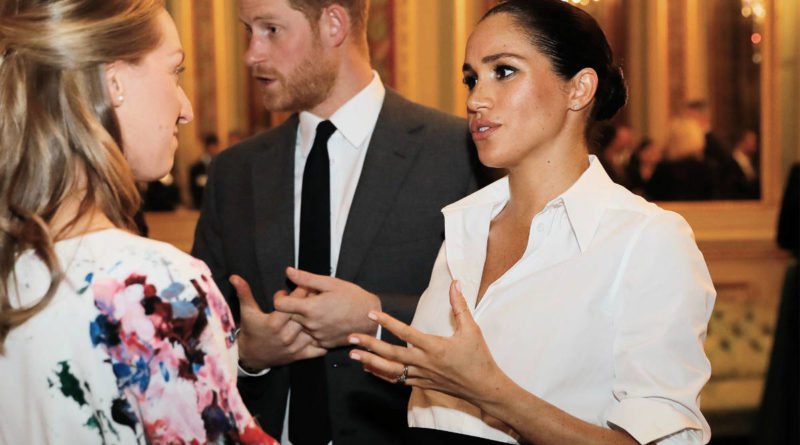 Meghan revealed her excitement while waiting to find out the gender of her child with Harry. There still is speculation as to whether the Royal baby will be a boy or a girl, the Duchess confirmed they are keeping the gender a “secret” to enjoy the surprise. While talking to a guest at the Endeavour Fund Awards, Meghan said: “We don’t know. Yes, we decided to keep it a secret, and then that way… it’s one of those things, like, no matter what it is, it’s still going to be a surprise.” There was a lot of chat about the royal baby, Harry was heard telling one invitee, “there’s a heavy baby in her!” Meanwhile, Meghan praised Harry, saying: “He’s going to be the best dad.” Meghan showed her growing baby bump in a chic Givenchy shirt and high-waist maxi skirt, featuring a daring thigh-high split.

The Duke and Duchess of Sussex announced they will be leaving on a working babymoon later in February. The couple will be visiting Morocco for a number of engagements. The palace statement read: “The Duke and Duchess of Sussex will visit Morocco from Saturday 23rd February to Monday 25th February 2019. This visit is at the request of Her Majesty’s Government. Full details of the visit will be announced in due course.” Meghan previously said she is due to give birth in April or May. The royal couple has many exciting changes to look forward to this season, not only are they welcoming their first child, but they are moving to the countryside, too. They will soon be moving from Kensington Palace in London to Frogmore Cottage, on the grounds of Windsor’s Home Park.

READ NEXT: Why Harry And Meghan Won’t Join William And Kate At 2019 Baftas?