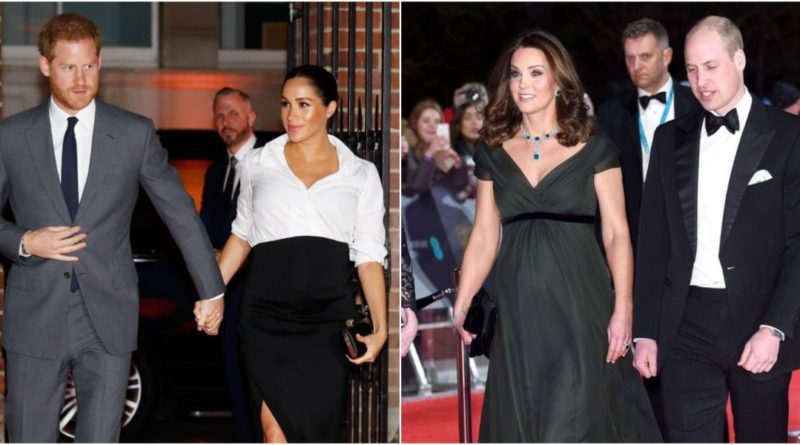 The 2019 BAFTA’s are only a couple of days away and so far we have only gotten confirmation that Prince William and Kate Middleton are going, but it seems that Prince Harry and Meghan Markle will not be joining them at the Royal Albert Hall in London this Sunday.

On Sunday Kate Middleton and Prince William will be attending the 2019 BAFTA Film Awards. The event has special meaning to Prince William, who is the fifth president of the BAFTA’s after he succeeded Lord Attenborough in 2010. Unfortunately, Prince Harry and Meghan will not be joining the Duke and Duchess of Cambridge to the event. But why is that? It has been confirmed by Kensington Palace that the Duke and Duchess of Sussex will not be attending the BAFTA’s this year. A spokeswoman for the Palace explained  the reason behind the couple’s absence by saying “it is Prince William who has the connection with the film awards as he is the president.”

The Palace tweeted a picture of Prince William and Kate Middleton on the red carpet at the 2017 BAFTA Awards with the caption: “The Duke and Duchess of Cambridge will attend the #EEBAFTAs Awards ceremony at the Royal Albert Hall on Sunday 10th February.

“The Duke, @BAFTA President, and The Duchess will meet BAFTA representatives and watch the ceremony. The Duke will also present the Fellowship award.”

READ NEXT: Kate Hosted A Secret Dinner At Buckingham Palace

The BAFTA Film Awards will be held this Sunday on February 10 at the Royal Albert Hall in London. Prince William and Kate Middleton are regular attendants of the event, with Kate even going while she was heavily pregnant with Prince Louis in 2018. Meghan’s pregnancy might be the reason why the couple will not be attending, as they might want to take it slow, as the baby’s due date is approaching. The exact date is not known, but speculation puts it around late April or early May. If we don’t get to see Meghan and Harry at the BAFTA’s, when is the next opportunity that we will get? The couple has no planned engagements in the near future, but they are planning a weekend trip to Morocco later this month. So much for slowing down.

The couple will visit the North African country, which will be their first official visit to the country and will stay there for three days, from February 23 to Monday, February 25. The main goal of this visit will be to highlight two of their key causes: girls education and young people’s empowerment.

This trip was at the request of Her Majesty’s government. A spokesperson for Kensington Palace said: “It will build on the close relationship between the U.K. and Morocco. “The Duke and Duchess are looking forward to the visit which will highlight the vital roles that girls’ education and youth empowerment are playing in, and shaping, modern Morocco.”

Meghan will be moving close into her eighth month of pregnancy at the time of the visit.

READ NEXT:  Harry Hints His Child Will Take This Record From Louis

Why Meghan Didn’t Wear Name Tag At Royal Ascot, But Kate Always Does?

George And Charlotte Have Been To Work With Grandma Carole Middleton