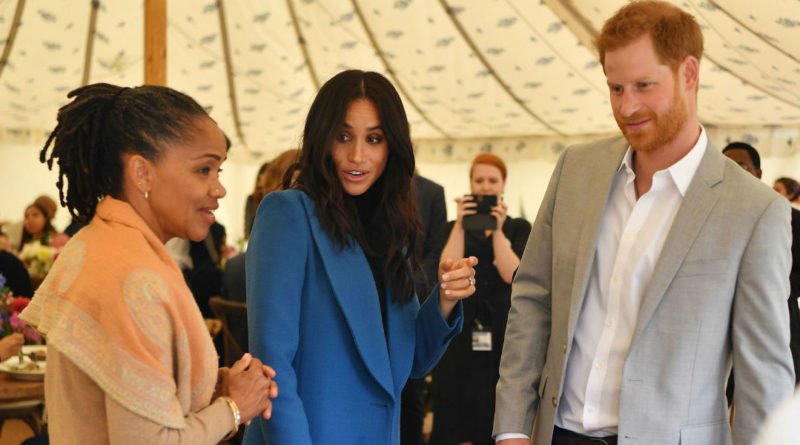 The conversion is complete…I mean Meghan Markle apparently has become a true Brit, if her cookbook is anything to go by.

Meghan Markle’s brand new cookbook is written in the aftermath of the Grenfell Tower disaster, and in it, the Duchess shares her experiences of cooking with the families of those affected by the disaster.

She first visited the kitchen in January, months before her royal wedding with Prince Harry.

The charity cookbook, Together: Our Community, has made it to Amazon’s best sellers in the short time it has been released. However, there is one thing that eagle-eyed royal fans have taken note of, and that is the fact that the U.S. born Suits stars seem to have been Britishised. Lots of fans pointed out the way the cookbook is written. For someone who has spent most of her life in the US and Canada, the Duchess of Sussex shows a quite peculiar British style of writing and spelling words.

Such examples include: Meghan uses the British way of spelling words, such as writing organizations with an’s’ rather than a ‘z’.

Or the fact that she writes ‘u’ in words such as favorite, which is the norm in the UK.

The book includes around 50 recipes from volunteers at the Hubb Community Kitchen, a group located near the infamous tower.

Many of the recipes were made to support those affected by the fire, as well as for the local community. And all the profit that the cookbook makes will go directly back to the center.

Meghan said of the group: “I immediately felt connected to this community kitchen.

“It is a place for women to laugh, grieve, cry and cook together.”

READ NEXT: Meghan Made This Joke About Her Wedding Gown In New Royal Documentary

What Is The Reason Prince Harry and Meghan’s Wedding Is So Soon?