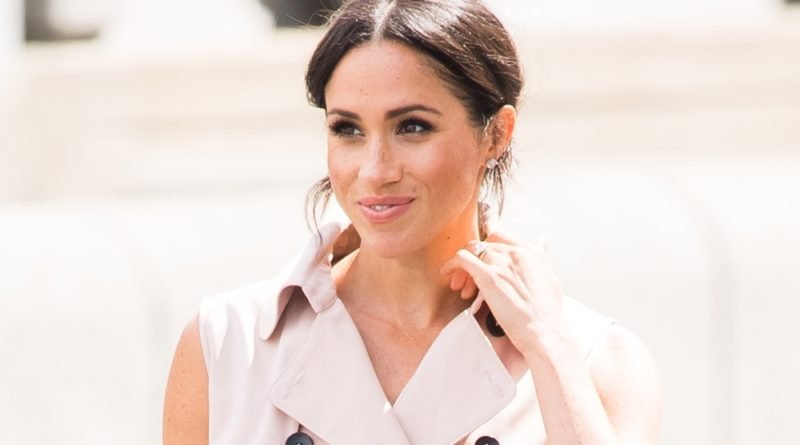 Around this time last year, Meghan Markle had just arrived in Botswana, preparing for a birthday trip with her then-boyfriend, Prince Harry, who she has been dating for 13 months at the time. He had planned a barbecue for her to socialize with all his friends in the nation he has come to call his “second home” and booked a stay in a tented at Meno a Kwena, a clifftop camp overlooking the Boteti River. Even then, there was chatter that Harry was gearing up to finally pop the question during their three-week stay. Either way, they had already been making plans for Meghan to leave her home and acting career behind in Toronto so she could settle down with Harry in his Kensington Palace cottage. And look where we are now, exactly one year after.

And a lot has happened since then. The L.A. native declared her love for the 33-year-old royal, sixth in line to the British throne. She accepted his three-stone engagement ring and traded vows in a worldwide event that was watched by millions of fans and royal enthusiasts.

Even with all the protocol, painstakingly chosen outfits and events that she must attend, one most surprising thing has turned out to be the hardest of the new royal life.

Because who needs support from their family?

It felt almost inevitable that her half-sister, Samantha Markle, would throw shade at Meghan from her home in Florida. It is quite the **** move, but she saw her opportunity to cash in and find her 15 minutes of fame through a sibling she didn’t even grow up with and hasn’t seen in years. Her memoir, The Diary of Princess Pushy’s Sister, is forthcoming.

But what came as a bigger surprise was her father’s behavior. After insisting that his initial sit down with Good Morning Britain was just meant to clear the air and his reputation, giving him a chance to explain his actions, and give reason why he hired a photographer to follow him around his adopted city of Rosarito, Mexico. And now he seems intent on talking to just about anyone who will listen. And that list is not short, I can tell you.

With each passing interview being worse than the last, Thomas Markle has switched from feigned concern about his daughter’s on-the-job appearance  (“I think she is terrified,”) to outright taunting of the royal family. (“Who cares these days about a dusty old crown?” he recently grumbled to The Mail on Sunday.) In a NINE-hour chat with the British paper, which was drawn out over three agonizing days, he revealed, once again, that he’s been cut off from his daughter. (No huge surprise there.) And it’s so bad, he says, that he has no way of even sending over a card for her birthday.

Not that he really wishes her well. “What riles me is Meghan’s sense of superiority,” he griped to the paper. “She’d be nothing without me. I made her the Duchess she is today. Everything that Meghan is, I made her.” He went on to list his proof: payments he shelled out for her private schooling and a trip abroad. While most would view that as a simple act of parenting, Thomas seems to feel as if that makes him entitled to something, maybe a gilded palace life. Or at least a public shoutout.

“And did I get any recognition for it? Any thanks?” he wondered. “She doesn’t even speak to me now. How cold is that?”

And he still seem to get the sort of conundrum he has put his daughter through. How she can’t be sure that if she reaches out now, he won’t run to the closest media outlet and dictate every detail.

READ NEXT: Meghan Has Received Her First Royal Birthday Gift

Instead, he understands his behavior as that of some kind of ice princess or even going as far as calling her a lackey to the monarchy. “They have Meghan treating her father in a way that Harry’s mother, Princess Diana, would have loathed,” he said. “That’s not what Diana stood for.”

It’s unclear how the late princess would have handled this particularly prickly situation. But we can’t imagine she’d be thrilled with the man putting her new daughter-in-law through this, particularly when Thomas shows no signs of wearing himself out. “I tell you, I’ve just about reached my limit on Meghan and the royal family,” he surmised. “I’m about to unload on them.”

In other words, somehow the worst is still yet to come. “They want me to be silent, they want me to just go away,” he opined. “But I won’t be silenced. I refuse to stay quiet.”

After that statement, Kensington Palace has been thinking how to deal with the situation. UK paper The Mirror reports that royal advisors have had at least three meetings in which the main topic of discussion was how to deal with the 74-year old former lighting director. Some of the options include: having Meghan make a direct appeal to her dad (which, of course, could only serve to provide him more material), assigning an intermediary to reach out and ask for his discretion or simply continuing to avoid contact—a method that has shown no signs of working thus far.

And the longer it carries on, the worse the betrayal for Meghan. In an article for Best Life, Imagining Diana author Diane Clehane quotes one pal who says the former actress is flummoxed by her father’s behavior: “She is trying so hard to fit in and adapt to this new way of life and she was once again blindsided by a father who supposedly cares about her and doesn’t want to embarrass her.”

In these hard times, a person that would have been very helpful is Harry`s late mother Diana. But still, Meghan still has some people in the family she could rely on. Should she decide against bothering the Queen with her antics (even though it seems that the two have developed quite the bond), she has another option just across the Kensington Palace grounds.

Kate Middleton has had her share of embarrassing relatives and has been pulling off the commoner to blue blood transition for some eight years now. And even though she could have never this kind of situation, she has made her available for Meghan is she needs any help with her royal life. “Since very early on she made it clear that should Meghan ever need something, or just want to chat, she shouldn’t hesitate to get in touch,” a source told E! News earlier this year. “Kate knows how difficult it is navigating one’s way through this very different world.”

And in those two years since their first meeting, the duchesses have only grown closer, even making a splash together at Wimbledon where they watched Meghan’s pal Serena Williams play. “What’s characterized these months are the two great relationships that she has struck up with the Queen and with Catherine,” Robert Lacey, historical consultant for The Crown, recently told People of Meghan. “They seem to be her closest friends and partners in the official set-up.”

And of course she always has her husband to fall back on, who she described as “the best husband ever”. With a few slow weeks ahead, the couple plan to get away from all the drama and the spotlight, maybe visiting the Queen at Balmoral, her royal residence in Scotland, and spending time at their own country cottage on the bucolic 4,000 acres of Great Tew Estate.

“They spend a lot of time in the Cotswolds, more than people realize,” one friend revealed to Vanity Fair of their rental some 90 minutes outside London. “They are in the country way more than they are in London and they are enjoying a low-key and very domesticated start to married life. Harry’s not around that much anymore. Meghan likes him to keep his diary clear at the weekends so they can be together in the countryside.”

There, a local told the mag, they can hide out in their tree-lined property: “It is very remote which is why they like it,” reported the neighbor. “It’s like a fortress. There’s a huge security presence, you can’t get close.”

And the moment, Harry would like to keep everyone at an arm’s distance. During a lunch ahead of his Sentebale Polo Cup last week, he had a screen erected to block press members from catching sight of his lunch with his bride. And Daily Express’ royal correspondent Richard Palmer recently unleashed a Twitter thread complaining that he and other members of the royal rota “are being kept further away from her than we were before the wedding. That means we can’t hear what she is saying. If you can’t get direct quotes from members of the royal family that often makes for dull stories.”

The extra precautions, reports Vanity Fair, are Harry’s way of shielding his new wife from overexposure. “He worries there is too much hysteria around Meghan and he wants to row back a bit,” says a source.

Royal editor Camilla Tominey tells the outlet the heir is erecting all sorts of barriers. “Extremely protective” of his wife, says Tominey, “Harry has certainly built an emotional fortress around himself and Meghan. They have both been extremely upset by Thomas Markle’s behavior and that of Meghan’s , Samantha, and other relatives speaking out to the press. If the royals value one quality in others more than anything else then it is loyalty, and the couple will feel very let down by what’s happened.”

As such, Harry has reissued his previous directive for loved ones to keep any private dealings themselves. Even though the source notes that although Harry does not pay much attention to what the press write about him, he has become very defensive about his wife and anything the press put out for her. “They both expect a code of silence,” says the source. “If you talk to the press you’re out.”

In other words, Thomas better get used to the view from the outside.

READ NEXT: What Did Meghan Markle Wish For Her Birthday? 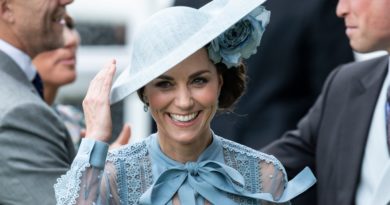