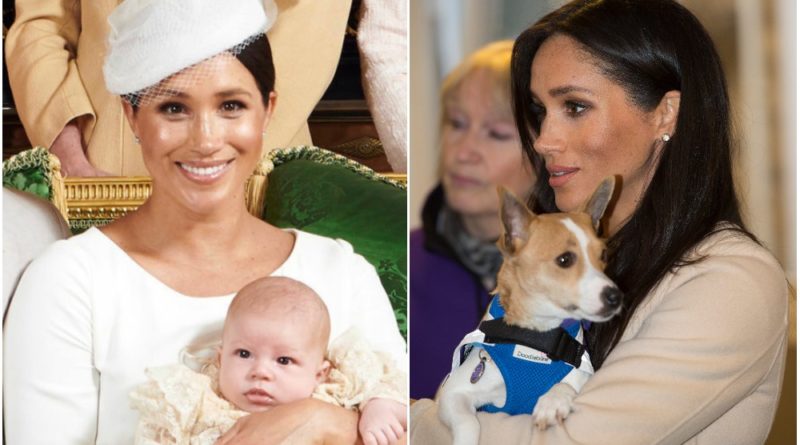 Meghan is keen for her boy Archie to forge plenty of childhood memories and to give him a loyal companion to spend time with. According to newest report, Meghan is planning to adopt a rescue dog “for Archie,” her son, who was christened this past weekend.

Meghan reportedly wants to tour rescue centres near their Windsor home to find a suitable pet.

An insider told The Sun: “Meghan really wants a dog with whom Archie can associate his childhood.”

The Duchess of Sussex is already known as a dog lover. She had two rescue dogs, named Guy and Bogart, when she was living in Toronto at the time she met Harry.

But, when she married Harry and moved to England she was able to move only one of her rescue dogs with her.

And now as a mother, it seems that Meghan wants to continue the tradition.

But the mom wants Archie to have his own dog and reckons another rescue is much better than a puppy.

The insider added: “Rescue dogs are a huge passion for her so the pull to adopt rather than buy a puppy is far stronger.”

“Meghan really wants a dog with whom Archie can associate his childhood. She hopes they strike up an incredible bond and Archie can make plenty of memories.”

Duchess Meghan is a Patron of The Mayhew Animal Home in London and previously spoke about the ‘life-changing joy’ adopting a pet can bring.

In January she was seen cuddling a jack russell called Minnie on a visit to Mayhew’s centre in Kensal Green.

At that time she was six months pregnant and was asked if she was tempted to take Minnie home.

“We can’t take another dog before the baby. Our hands are full,” she said.

Many members of the Royal family have a long history as dog lovers.
Queen Elizabeth has had more than 30 corgis since she was 18. William and Kate have a cocker spaniel named Lupo. Lupo is a wedding present from Kate’s brother James.

READ NEXT: Meghan’s Sweet Gesture To Harry At Archie’s Christening