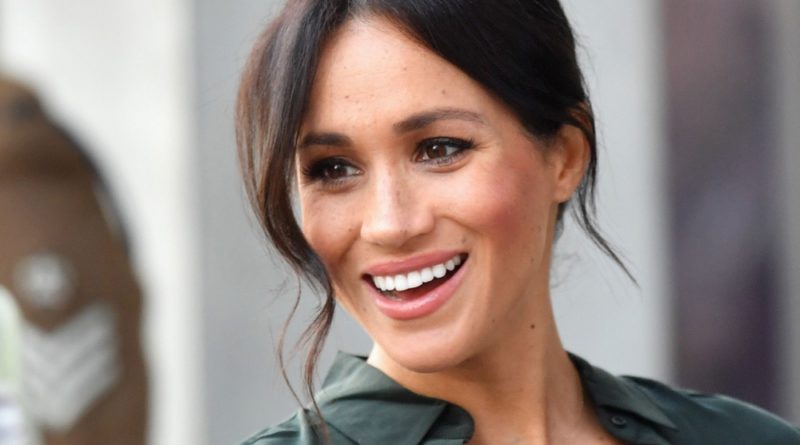 Meghan is an accomplished actress and bloger, and she had many fans even before she and Harry met.

But, when she married into the British Royal family, she attracted a new level of public interest.

Fans being fans, want to know everything about their idols. The members of the Royal family usually try to keep thing private. However, sometimes in order to delight fans they reveal a little detail about them.

A month ago, Meghan Markle and Prince Harry have apparently made an important addition to their family. It was reported that the couple has adopted a new Labrador rescue dog. The information didn’t come from an official source. But, this week, during the couple’s visit to their namesake county, Meghan revealed the one mistake that everyone is making.

Harry and Meghan visited Survivors’ Network, a Brighton-based charity which supports the survivors of sexual abuse.

There, Meghan was given a unique, framed drawing of her beagle Guy.

Harry then confirms they also have a new dog, saying: “No one’s even seen our new dog, so that’s amazing.”

“I know, and they keep getting her name wrong,” Meghan added.

After the new about Harry and Meghan adopted a dog, soon it was reported that the name of their new pet is Oz.

Great to meet young people at the Joff Youth Centre preparing for this year’s Takeover Day – a national initiative which will give young people a voice on issues and policies around mental health and emotional wellbeing. #RoyalVisitSussex pic.twitter.com/uthMINOfrA

After a full year, their renovation worth $1.8 million is finally done for the Duke and Duchess of Sussex. Their Kensington Palace Apartment 1 has 21 rooms and best of all they’ll be neighbors with Prince William and Kate who live in Apartment 1A.

With the number of rooms the apartment has, it also means that there will be plenty of space for Meghan’s dogs.

READ NEXT: This Is When Meghan May Wear Tiara For First Time Since The Royal Wedding