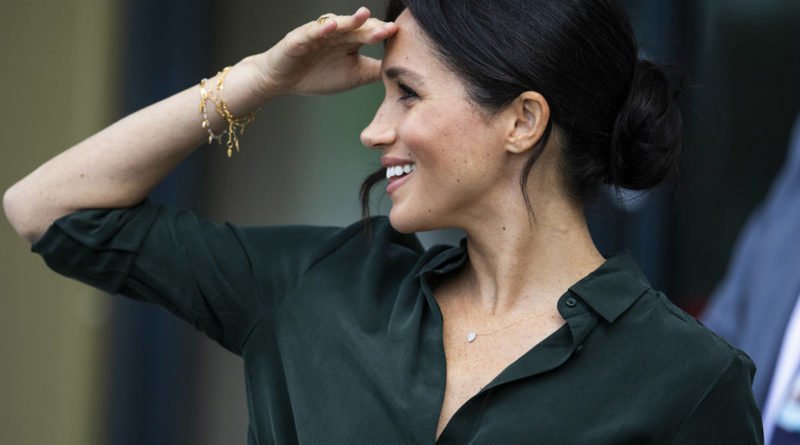 The Duke and Duchess will go on their first major tour on October 16th. And of course, royals have special protocol and rules for royal tours.

Meghan Markle, 37, and Prince Harry, 34, will go on their very first royal tour overseas together next week. The couple will visit Australia, Fiji, Tonga, and New Zealand. During the ‘short’ 16-day tour, the Duke and Duchess of Sussex have 76 engagements planned-which means that they better start packing because they will need a number of clothes with them.

The Royal family must abide by a very strict set of fashion rules, however, when it comes to traveling, that is not always the case.

According to a certain etiquette expert, Meghan will have more freedom when it comes to fashion choices while on her overseas tour with Prince Harry. Myka Meier, of Beaumont Etiquette, told Cosmopolitan: “When traveling, we often see the Royals adopt the customs and culture of the country they are in.

“For instance, if a country they visit it’s a sign of respect to dress in a certain way, they will do so.

“Often we see Royals wearing outfits from local designers to show respect and support for the country they are visiting.”

READ NEXT: All The Details About Meghan’s Teardrop Necklace

This doesn’t mean that royals can wear whatever they please while they are traveling abroad, this just means that they have more freedom when it comes to choosing their wardrobe. Previously, while visiting Ireland back in 2011, the Queen wore green, while Kate Middleton wore a maple leaf fascinator during her trip to Canada in 2011.

Luckily for some members of the Royal Family, they don’t need to spend time stressing about an appropriate attire to wear during their trips.

Myka revealed: “Senior royals will have a team of aides within the palace to help prepare them for every event they are attending and speaking at.

“They will be briefed on who they are meeting and any significant protocol behind addressing other important guests as well as any political, religious or cultural sensitivities to be aware of.” One of the more queer, and dark, rules that royal have is that they have to have a black ensemble on hand always. This is done so that the royal is fully prepared in the case of a family member dying.

One such example would be when the then-princess Elizabeth was in Kenya when her father passed away in 1952 and she didn’t have a change of black clothes. So she had to wait inside the plane until one was delivered to her before stepping out.

READ NEXT: Meghan Revealed The One Mistake Everyone Makes About Her New Life As A Royal 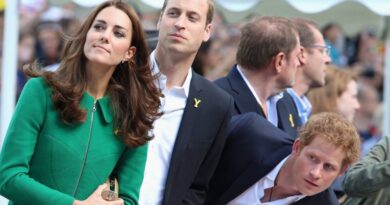