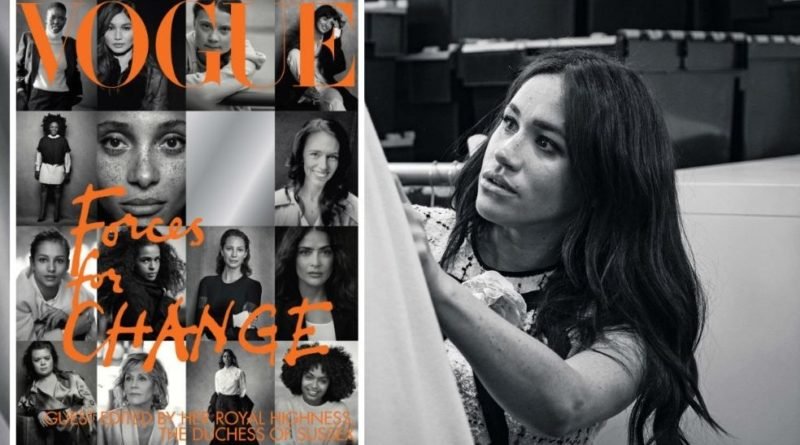 The Duchess of Sussex has been officially confirmed as the guest editor for British Vogue’s September issue.

The Sussex Royal Instagram account just posted the cover of the British Vogue magazine cover for which Meghan is the guest editor.

The title of the special edition is Forces for Change and will feature a collection of changemakers who have gone to break barriers.

And for the cover, “The Duchess chose a diverse selection of women from all walks of life, each driving impact and raising the bar for equality, kindness, justice and open mindedness. The sixteenth space on the cover, a mirror, was included so that when you hold the issue in your hands, you see yourself as part of this collective.”

It will also feature an interview an interview between her husband Harry and Dr Jane Goodall, world-renowned ethologist and primatologist.

Meghan has been secretly working on the forthcoming edition for the last seven months.

It will also include a feature on Smart Works, the charity for which Meghan is patron, and an “editor’s letter” in which she is expected to detail how the assignment came about.

Of the issue, Meghan said in a statement: “These last seven months have been a rewarding process, curating and collaborating with Edward Enninful, British Vogue’s Editor-in-Chief, to take the year’s most-read fashion issue and steer its focus to the values, causes and people making impact in the world today.

“Through this lens I hope you’ll feel the strength of the collective in the diverse selection of women chosen for the cover as well as the team of support I called upon within the issue to help bring this to light. I hope readers feel as inspired as I do, by the ‘Forces for Change’ they’ll find within these pages.”

Enninful shared how delighted he was of the Royal’s role in one of the most important editions of 2019: “To have the country’s most influential beacon of change guest edit British Vogue at this time has been an honour, a pleasure and a wonderful surprise.

He added: “As you will see from her selections throughout this magazine, she is also willing to wade into more complex and nuanced areas, whether they concern female empowerment, mental health, race or privilege.

“From the very beginning, we talked about the cover – whether she would be on it or not. In the end, she felt that it would be in some ways a “boastful” thing to do for this particular project. She wanted, instead, to focus on the women she admires.”

Meghan is the first guest editor of the September issue in the magazine’s 103-year history.

Moreover, she is the first royal to have guest-edited British Vogue, although the Duchess of Cambridge was the magazine’s cover star in June 2016.

Her late mother-in-law, Princess Diana, also appeared on the cover of three British Vogue editions and one of the US Vogue covers.

READ NEXT: The Palace Responds Following Recent Reports About Harry And Meghan 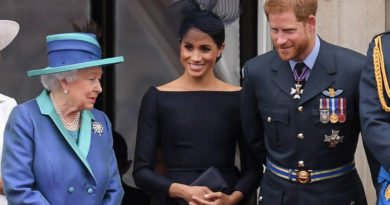 The Queen Released Statement About Harry And Meghan’s Royal Future 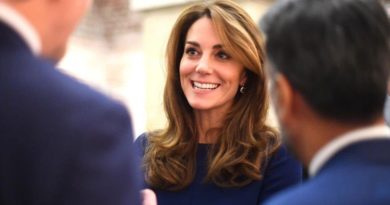