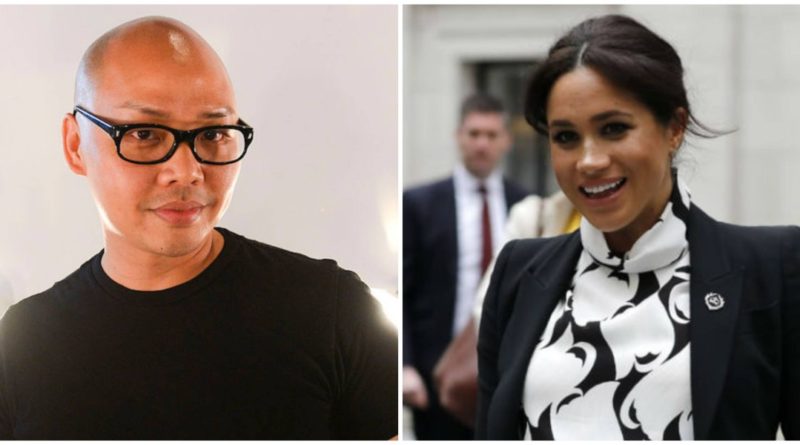 Daniel Martin, a long time friend of the Duchess of Sussex, has been fueling speculations about the Duchess with his seemingly innocent posts on Instagram.

Is our wait finally going to be over? Will the Duchess of Sussex give birth very soon? Is this a clue that confirms this?

Well, at the very least it has sparked a lot of intense speculation, when Daniel Martin, the Duchess’s makeup artist, posted an ‘innocent’ Instagram message to his followers about his upcoming travel plans. Daniel, a friend of Meghan from her acting days, was spotted in London earlier this month. During his visit, he, of course, visited his friend Meghan and her husband Prince Harry at their residence in Windsor. This lead many fans to speculate that the New York-based makeup artist will be the one doing Meghan’s makeup after the royal baby is born.

Well, Martins newest post shows him being back home in New York, just in time for his new makeup show on May 6, which some fans have taken as a sign that the mom-to-be would have already given birth by then.

He wrote: “I’m very excited to share that I’ll be making my first ever main stage appearance @themakeupshow on Sunday, May 5th from 10am-11: 30 am.

“I’ll be sharing my journey, doing makeup, tips and tricks and spilling the tea on some of my favourite products in my kit!”

As the real due date approaches, whenever it may be, fans are already convinced and theorizing that the Duchess will give birth this weekend. Bookies Ladbrokes have already been flooded with bets in the last few days after slashing the odds to 3/1 of Harry and Meghan’s first child making its first appearance towards the end of this week.

If that is to happen, royal fans will quite a lot to look forward to, with multiple royal celebrations heading their way. On 23rd of April Prince Louis, the youngest child of Kate Middleton and Prince William will turn one, while on Sunday, Her Royal Majesty will also be celebrating her birthday. The Queen will be turning 93, and with the possibility of another royal birthday being in this period, fans will be overjoyed.

Jessica Bridge, a spokesperson for the company, said: “Royal fans would love a double celebration over the Easter weekend with Her Majesty’s birthday on Sunday, and potentially Baby Sussex arriving as well.

“Punters have still convinced the Duke and Duchess will be welcoming a little girl into the world.”

Yesterday, the couple thanked fans for donating to their favourite charitable causes as part of an online baby shower. “Their royal highnesses wanted you to know the impact of your support – the direct effect your donation, energy, and action made! YOU chose to be part of the collective good, and you have a made a real difference.

“Whether a $5 donation, £1000 contribution, offering to volunteer, or spreading the word – you’ve played your part.”

READ NEXT: The Nickname Harry And Meghan Call Their First Baby