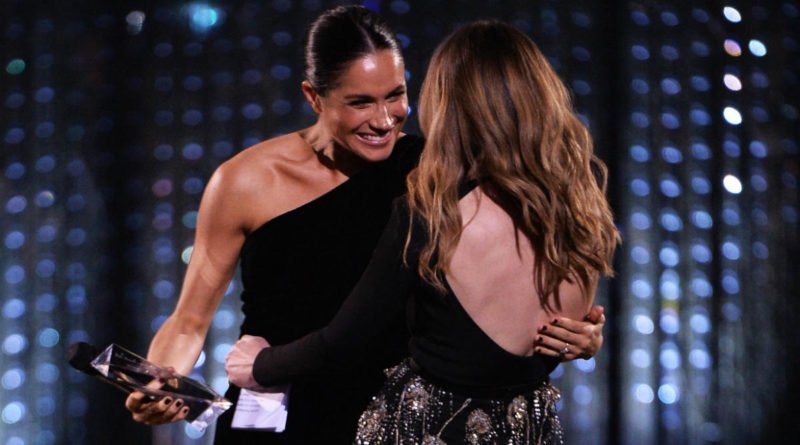 Meghan’s journey as a royal has been a rocky one, plagued with constant family-related scandals and dramas. The Duchess’ own dress designer reveals how Meghan got through it all, with possibly another problem on the horizon, but this time among the Royal family.

Clare Waight Keller, the British dress designer who worked on Meghan’s Givenchy gown for her big day, her wedding to Prince Harry in May, has said that she finds it “humbling” how the Duke and Duchess of Sussex reacted and dealt with the attacks from Meghan’s half-sister Samantha Markle, 53, and her father Thomas, 74, just weeks before their wedding. Ms Waight Keller told the Daily Telegraph: “Meghan was not nervous at all. She was radiant, serene and utterly stunning.” Referring to Meghan and Harry, she added: “There was something quite humbling in the way they approached it.”

Meghan’s American father, who previously worked as a light director, pulled out of the royal wedding just days before the ceremony, due to the scandal in which it was revealed that he had staged fake pictures with the paparazzi for some pretty big sums of cash.

Mr Markle managed to capture the hearts of millions of Brits when images of him working out on an exercise bike, in order to get fit for his wedding suits, and reading up on books on the royal family, emerged in the media.

But just three days before the big event at Windsor, some camera surveillance footage was revealed in which we see the internet cafe where he was pictured researching the royals, was actually staged by him and a photographer, who helped him with the pretend images. After news of the fraud broke out, Mr Markle claimed that he had suffered a heart attack.

Three months later he sent a birthday card to Meghan that read: “I didn’t fake the heart attack.”

Meghan’s half-sister, Samantha Markle, claimed that the Duchess did not wish her father a happy birthday and continued to attack both her sister and her new husband Prince Harry in a series of furious tweets and TV interviews. Recently, she has criticized the couple’s Christmas card, which showed the couple with their backs turned as they watched fireworks. The photograph was taken on the couples wedding day. Samantha said: “Interesting that the Duke and Duchess of Sussex have their backs turned.

“Is this towards the world or just the Ragland and Markle family? It’s a bit sad. Face the Christmas spirit.”

Her tweet, of course, referred to the alleged lack of contact from Meghan with her own family.

The statement from Meghan’s dress designer came at a time when rumours of a rift between Kate, Duchess of Cambridge, and Meghan has been growing, which began when her daughter, Princess Charlotte, suffered a “tense” fitting for her bridesmaid dress for Meghan’s wedding.

Prince Harry is also said to have been angry at brother, William, for “not rolling out the red carpet” for his wife Meghan.

But both couples will have to make amends, as they will be spending Christmas together at he Queen’s Sandringham residence.

READ NEXT: The Meaning Behind Harry And Meghan’s Christmas Card 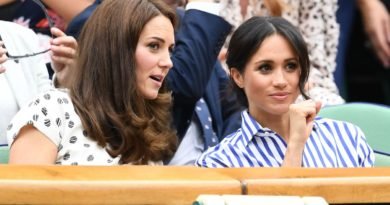