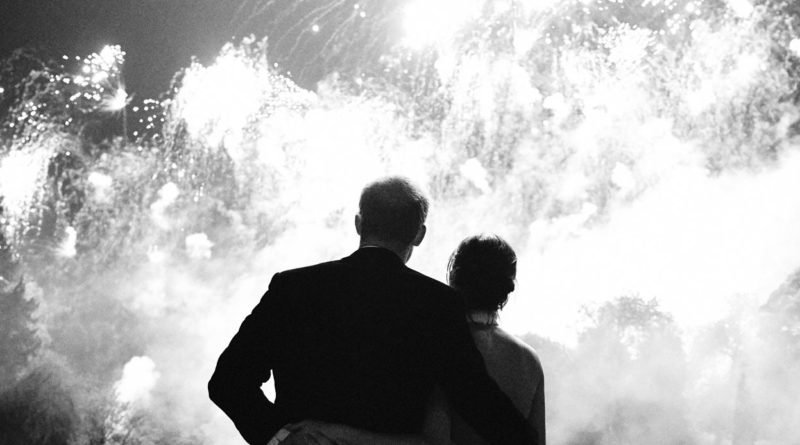 Body experts think that there is a hidden meaning behind Meghan Markle and Prince Harry’s Christmas card, and as we love to overanalyze things, we decided to take a closer look.

Yesterday Prince Harry and his wife Meghan released the image that would be used on their Christmas cards this year. The photo is in black and white, with the couple standing with their backs towards the camera with their arms around one another, looking at fireworks. The photo is from their wedding reception in May. According to a body language expert, there is a reason why the couple went with this photograph.

Judi James said: “This super-glam, the uber-cool card is less about Christmas cheer and more about Harry and Meghan’s enviably romantic life as an A-list power couple in the Hollywood style.

“It could be an ad for a luxury brand, with the formally dressed couple lost in their intimate moment as they gaze up at the fireworks.

“By turning their backs to the camera they allow us to share their moment but not their company.

“It implies they’re in that stage of love where they only have eyes for one another.” The couple has no problem with showing affection for one another in public and do not shy away from expressing their love for one another. They have often been seen holding hands when on public engagements with their arms placed on each other back.

There are no official rules about public display of affection, but it is rare for the other royal couples to be so carefree.

“A more serious engagement would warrant a more serious level of professionalism, which each Royal is sure to follow.” Releasing the image, Kensington Palace tweeted: “The Duke and Duchess of Sussex are delighted to share a new photograph from their Wedding Reception at Frogmore House on 19th May.

“The photograph, which features on Their Royal Highnesses’ Christmas card, was taken by photographer Chris Allerton.”

READ NEXT: How Meghan Is Sending Messages With Her Fashion Choices? 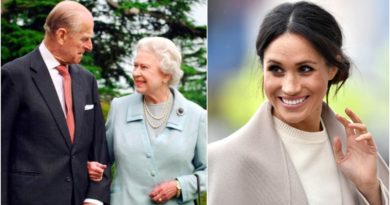