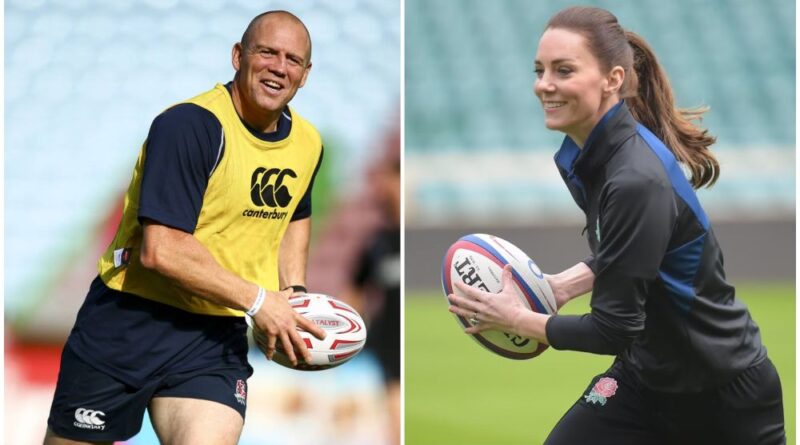 The Duchess got to show off her skills during a visit to a training session of the England rugby team.

Last week fans got to see Kate Middleton show off her sporting skills during a visit that marked her announcement of her two new rugby patronages. And after that amazing showing, a family member has given his own opinion on Kate’s training session at Twickenham Stadium.

Mike Tindall, former England rugby star and Kate’s cousin-in-law, was asked about Kate’s new roles on his podcast, The Good, The Bad & The Rugby, and he said that the Duchess, 40, looked “effortless” on the pitch.

Mike replied: “I text Ellis [Genge] and said, ‘Mate, please tell me anything she messed up on’ so I could sort of… family WhatsApp group, get to her, and he said, ‘No she was actually pretty good, and she was really good at kicking,’ and I was like [sighs]. But she has this competitive nature.”

James said: “When she was announced, I thought amazing because we know she obviously likes her rugby. But the way she caught the ball, the way she jumped in the line-out, the little outside break, she was utterly fantastic, she was really, really, really good. And so I was like amazing, and dual-sport, what an amazing ambassador.”

Mike added of Kate: “Just imagine, anyone who’s ever tried it, getting thrown up in the line-out if you’ve never done it before is not easy because normally, you’ll kick the prop in either the nuts or the face as he’s lifting you and she just looked effortless.

“The best thing is when it rolls to England and Wales, we get the battle of the Cambridges.”

Kate was announced as the new patron of the Rugby Football Union and Rugby Football League last week, roles which were given to her by the Queen, as they previously belonged to Prince Harry, but following his exit from the royal family, all his roles and duties had to be redistributed to other royals.

For her official announcement of her new patronages, Kate joined Eddie Jones’s England site for a training session at Twickenham Stadium, ready to go in full kit, and completing exercises with members of the men’s and women’s squads.

As Mike said, a Cambridge showdown is bound to happen sometime in the future, as Prince William is patron of the Welsh Rugby Union. We might not have to wait very long either, as Wales will be taking on England at Twickenham on Saturday the 26th of February in the Guinness Six Nations 2022. 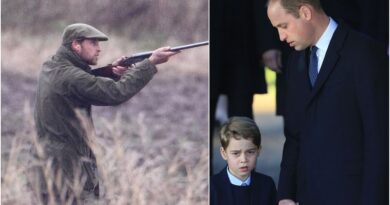