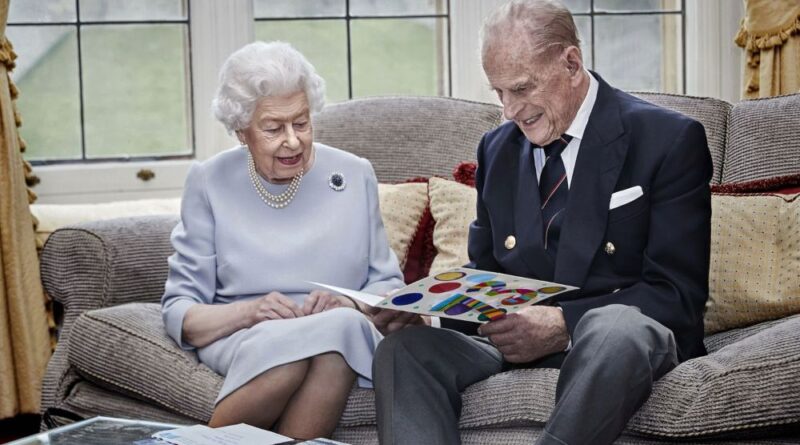 The Queen and Prince Philip are celebrating their 73th wedding anniversary tomorrow. In honour of their special day, the Palace has released a new photo of the monarch and her consort, the Duke of Edinburgh. The image was taken by Christopher Jackson taken in the Oak Room at Windsor Castle earlier this week.

It shows the couple admiring a custom-made anniversary card created by their great-grandchildren Prince George, Princess Charlotte, and Prince Louis.

A closer look at the card reveals a colorful “73” on the front in honor of the milestone. It is also decorated with a number of polka dots. There can also be seen in additional cards and letters sent by well-wishers.

The photo of the Queen and Prince Philip was released on their official Twitter account. The caption reveals: “The Queen and The Duke of Edinburgh look at an anniversary card made by Prince George, Princess Charlotte and Prince Louis, alongside other cards and letters sent by well-wishers to celebrate their 73rd wedding anniversary tomorrow.

It seems that William and Kate’s children managed to bring a smile to the couple’s faces in these difficult times as millions of people around the world have been separated from their families for long periods of time due to the ongoing pandemic and can’t see them or hug them.

In the photo, Her Majesty looks lovely in a crepe pale blue dress by Stewart Parvin. In perhaps a symbolic reference to their long marital union, the Queen opted for a dark blue chrysanthemum brooch made from sapphires and diamonds that are set in platinum. She wore the same brooch when was photographed on her honeymoon at Broadlands in Hampshire in 1947. Then again in the official images that were taken to mark the couple’s 60th wedding anniversary in 2007.

Queen Elizabeth II and the Duke of Edinburgh got married on 20 November 1947, in a beautiful ceremony held at Westminster Abbey, when the couple were 21 and 26 respectively. 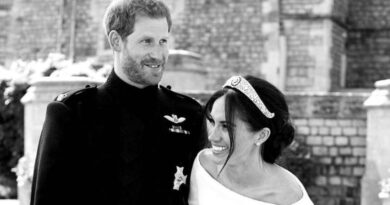