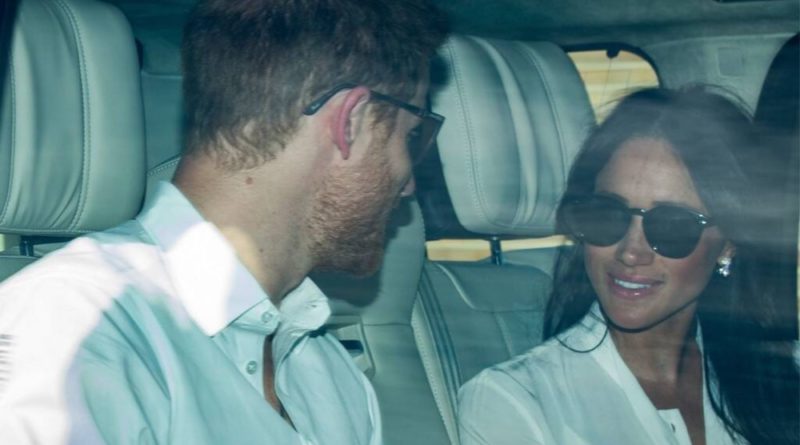 Prince Harry and Meghan’s trip to Rome has come to an end. The couple have returned to the UK, skipping Misha Nonoo’s extravagant post-nuptials party tonight to collect their baby son Archie before they all jet off to South Africa tomorrow.

According to the Daily Mail, Meghan was spotted entering the Leonardo da Vinci airport in Rome. She can be seen dressed in her Emporio Armani cashmere camel coat around her shoulders.

So, it is believed that the couple are jetting out of Rome ahead of their first royal tour as a family of three.

Harry and Meghan arrived in Rome, on Thursday, to attend her close friend Misha Nonoo’s wedding to Michael Hess. On Friday, they were photographed arriving in Villa Aurelia where the wedding took place.

Her hair was styled into a neat messy bun, which highlighter her gold feather-style earrings.

Misha is one of Meghan’s closest friends and attended both the royal wedding last year and her lavish New York baby shower in February.

The wedding was definitely a VIP affair! Stars on the guest list include Ivanka Trump and Jared Kushner, Karlie Kloss and Joshua Kushner, singer Katy Perry and actor Orlando Bloom.

Princess Beatrice was also there and was among the first of the guests to arrive while her sister Princess Eugenie was spotted chatting to the bride.

On Monday, Harry, Meghan and Archie are starting their first royal Africa tour.

The couple’s first event will be a visit to a Township in Cape Town, where they will tour a workshop that provides a range of services to young people, including self-defence classes and female empowerment training to young girls in the community.

READ NEXT: Harry And Meghan Arrive At Misha Nonoo’s Wedding 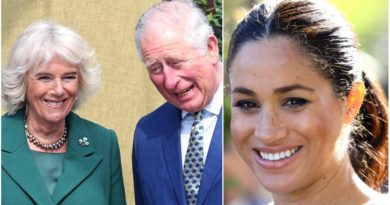