It’s been a little over a year since designer Misha Nonoo attended Harry and Meghan’s royal wedding. Now, they are swapping roles!

Misha Nonoo tied the knot with oil tycoon Michael Hess during a sunset ceremony on Friday at the Cinecittà Studios in Rome.

The Duke and Duchess of Sussex were shot along with the other guests arriving at wedding at Villa Aurelia. The two dressed up for the evening, as the dress code dictated.

Meghan wore a sheer black dress with crystal embellishments, while husband Harry was classic in a black tux. Her hair was styled in an updo, which highlighted her gold feather-style earrings.

The wedding is a VIP affair! Stars on the guest list include Ivanka Trump and Jared Kushner, Karlie Kloss and Joshua Kushner, singer Katy Perry and actor Orlando Bloom.

Princess Beatrice was also there and it was among the first of the guests to arrive, while her sister Princess Eugenie was spotted chatting to the bride.

According to sources, Harry and Meghan arrived in Rome on Thursday via a commercial airline.

Misha is one of Meghan’s best friends. It is also believed that she was the one who matched Harry and Meghan. And as Nonoo and Meghan are friends, and Nonoo’s ex-husband Alexander Gilkes is close with Prince Harry, it’s not a far-fetched idea.

“It was really hard actually,” she says. “When I’m designing a piece, I’m usually thinking about every woman. It has to tick a lot of boxes. When you’re thinking about designing something that you’re going to wear for one day and you have to really only think about yourself, it’s different. 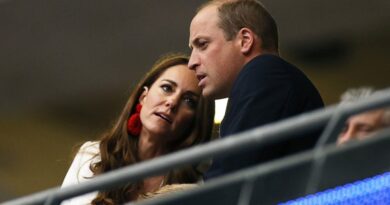