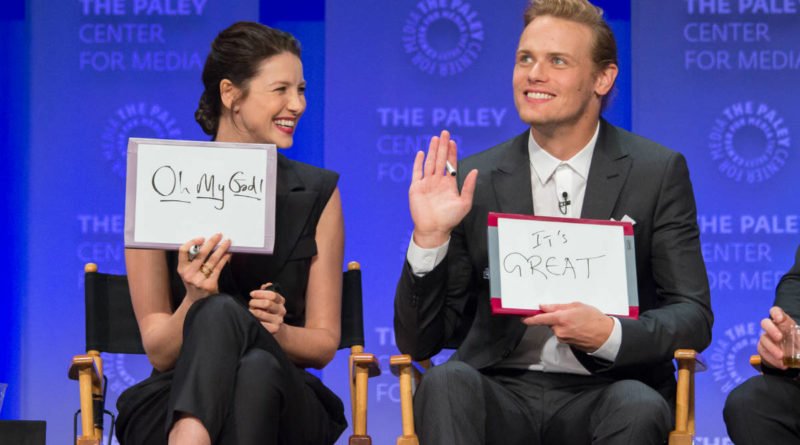 These two co-stars have incredible chemistry and rumors of the two of them being a couple have been swirling since Season 1 of the time-travelling drama.

Sam Heughan at the moment is busy filming Season 4 of Outlander, but he still managed to sneak away for some little alone time with his girlfriend Mackenzie Mauzy. On the heels of Caitriona Balfe’s exiting engagements news, the Outlander star has been seen enjoying a night in the town of Glasgow, Scotland.

Heughan Steps Out With His Girlfriend

According to International Business Times, Heughan and Mackenzie were spotted at a concert in Glasgow over the Weekend. They have been a couple since 2015 and were seen at the Grit Orchestra Bothy Culture and Beyond concert.

Heughan and Mackenzie usually keep their romance private, so seeing them in public together is a rare occasion. But it does confirm that Heguhan is still dating Mackenzie, despite some fans wishing to see Balfe and Heughan get together in real life. Balfe’s engagement came as a surprise, and she confirmed it with her recent appearance at the Golden Globes. The Outlander star showed off her new engagement ring on the red carpet, under the bright lights. Balfe later confirmed the engagement and admitted that she couldn’t be happier. She has been in a relationship with Tony McGill for the past two years.

Like Heughan, Balfe liked to keep her romance under wraps and has only been photographed with McGill on just a few occasions. Their previous appearances together include being spotted at the Oscar Wilde Awards last year and at the Hollywood Walk of Fame ceremony for Jodie Foster in 2016.

Even though Heughan and Balfe are not romantically involved in real life, they still know how to party together. Ahead of the Golden Globes earlier this month, the Outlander stars met at a pre-party in Los Angeles at the prestigious Chateau Marmont.

Heughan wowed the crowd with a blue suit at the event while Balfe stunned the crowd in a Dior velvet dress and matching earrings. The actress was nominated for best actress in a TV series and couldn’t be happier about the nominations. She also used this opportunity to show her support the Time’s up movement, showing her support for other actresses in Hollywood.

“I think it’s a really great moment of solidarity for women, so it’ll be nice for all of us to join together and to make a really positive statement and a positive moment for change,” Balfe shared. “And I still think it’s a celebratory moment, but it’s, you know, we’re changing things, so I think that’s great.”

When Can We Expect The Wedding?

Balfe hasn’t revealed any other details about the engagement and the date of the wedding is still unknown. Heughan rarely talks about his romantic life, so its hard to say if he and Mackenzie are also ready to take things to the next level.

Both Sam Heughan and Caitriona Balfe are currently busy filming the new season of Outlander, so it’s safe to safe that a wedding won’t be happening anytime soon. 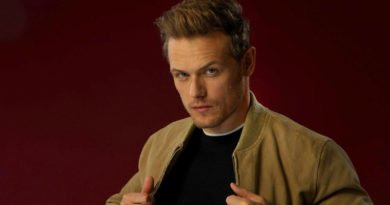