The Prince of Wales is set to gift his oldest grandchild, Prince George, Gloucestershire estate when the young royal turns 18 in ten years. Prince Charles and his wife Camilla currently live in Highgrove House in Gloucester, but it is expected that he will pass the estate on to Prince George in the future.

At the moment Prince George is third in line to the throne, with his father and grandfather ahead of him, which means that his future is already set will all kinds of titles, prospects, and royal heirlooms.

When Prince Charles becomes king after the Queen’s death, he will most likely hand over his Gloucestershire estate to Prince George. The estate must be close to his heart, as he has lived there with both the late Princess Diana and the Duchess of Cornwall, so no doubt he has lots of sweet memories from that place.

But the moment he becomes monarch, Charles and Camilla will move to Buckingham Palace, leaving their Gloucestershire estate, a place where Charles has lived for 40 years.

And when that happens, Christopher Wilson, royal commentator, thinks that the nature-loving Prince George will inherit the country estate. He told Express.co.uk, “Inevitably Highgrove will become surplus to requirement. Who’ll live there?

“Neither of his sons have fond memories of the place where they watched their parents’ marriage collapse and, in any event, William and Kate are comfortable with their plush Norfolk abode.

“And Harry and Meghan are unlikely to be coming home any time soon.”

He added, “Only 11 years from now our future king-but-two Prince George will come of age.

And now royal fans are getting the rare opportunity to get a close glimpse at the luxury estate this autumn, with Charles opening up the Highgrove gardens for tours which will cost around £450.

The website states, “Looking for something extra special? We offer exclusive tours of Highgrove Gardens for private parties, creating a truly personal way to experience Highgrove.

“Your 75-minute exclusive Private Tour will be led by one of His Royal Highness The Prince of Wales’s experienced guides.”

I guess this is as close as a house tour we’ll get from Prince Charles.

READ NEXT: The Rare Privilege Kate Experienced Before Becoming Royal 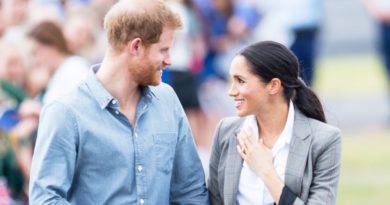