The eldest of the Cambridge children, Prince George, got to see the English national football team play Ukraine last week.

Royal fans are aware that Prince George is a huge football fan, something he takes on from his father Prince William, so it comes as no surprise that the young Prince begged his father to take him to Wembley and even insisted to wear a suit, a royal source claims.

Prince George got to cheer on the English football team in person, attending their quarterfinal match against Ukraine at Wembley. This isn’t his first football match though, as the royal has already been to multiple Aston Villa games with his father, who is a supporter of the club.

For the game, it was only Prince William, Kate Middleton and Prince George, with Princess Charlotte and Prince Louis watching along from home. The trio seemed to have a great time, constantly being on their feet cheering their team on, but it was George who stole the spotlight, as the young royal wore a suit matching his father’s.

This is the first time royal fans have seen Prince George swap his usual shorts for trousers, which traditionally, royal boys don’t start wearing them until they are around eight years old.

“Prince William is George’s absolute hero,” Duncan tells OK!. “He thinks his dad’s the most perfect person on the planet.

“William would never have normally taken him to the football because it was an official outing in his role as president of the FA, but George absolutely begged to be allowed to come along.

“Kate and William are at pains to never expose the children unnecessarily to the cameras but he twisted their arm eventually.

“That’s why Kate came so that when William had to meet all the dignitaries, George could stay with her.

“George idolizes his dad. That’s why we saw him looking so smart in his suit – he really wanted to dress like William.

“He’s becoming a pretty big character and has both of his parents eating out of the palm of his hand.”

The three royals weren’t the only celebrities to follow the match in person, as they were also joined by the likes of Ed Sheeran and David Beckham in the stands.

Beckham also brought along his 18-year-old son Romeo to watch the game, and was also seen talking with the royal couple and sweetly interacting with George.

After the match, Kate and William continued their support on Twitter, praising the team’s incredible performance.

With the victory over Ukraine, England has secured a spot in the semifinals, going against Demark, with Prince William being confirmed to be present, while Kate Middleton will have to miss this game as the Duchess has been told to self-isolate.

The Duchess was alerted on Friday that she had been in contact with a Covid positive case. She was at Wimbledon at the time and left mid-afternoon. At the moment she is self-isolating at Kensington Palace.

READ NEXT: Why Prince William Isn’t Isolating With Duchess Kate 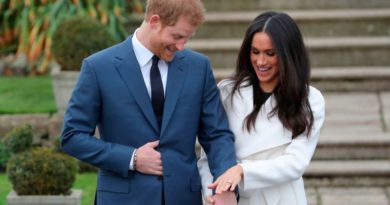