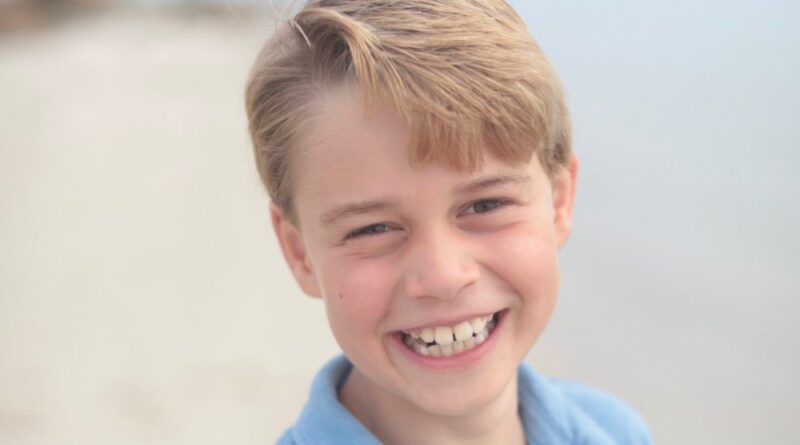 Prince George has just celebrated his 9th birthday, and Her Majesty’s official Twitter account tweeted out thanking the band of the Irish Guards, thanking them for the special performance they put on in his honour.

“Thank you @IrishGuardsBand for playing Happy Birthday to mark Prince George’s birthday today,” the Queen’s social media team stated alongside a heartwarming video of the performance.

They ended the tweet, not forgetting to mention: “The Duke of Cambridge is the Colonel of the @irish_guards.”

The video clip shows a band of trumpeters, arranged in a semi-circle, performing the merry birthday tune in front of Her Majesty’s London residence at Buckingham Palace. They were wearing their full-dress uniforms along with their busby hats, certainly putting on a memorable performance.

💂‍♀️Thank you to the @IrishGuardsBand for playing Happy Birthday to mark Prince George’s birthday today!

The Duke of Cambridge is the Colonel of the @irish_guards.

Royal fans were quick to flood the comment section of the video, wishing the young royal a very happy birthday.

“How lovely! Happy Birthday to HRH Prince George!”, remarked one, quickly joined by others saying: “Love this SO MUCH! Happy 9th birthday Prince George!”, and “How cool to have the @IrishGuardsBand play at your birthday!!”, while a fourth predicted: “Such a beautiful and thoughtful gift, I’m sure Prince George loved it.”

In honor of Prince George’s birthday, his mother, the Duchess of Cambridge Kate Middleton, shared a new birthday portrait of her eldest beaming at the beach. George was wearing a light blue polo t-shirt, certainly in high spirits and definitely enjoying his summer family holiday.

Royal fans were quick to find this comment section as well, commenting on the young royal’s striking resemblance to his father, Prince William.

“Happy Birthday, what a lovely smile just like his dad’s!” wrote a royal fan, who was quickly joined by another: “He looks more and more like Prince William! Happy Birthday Prince George – hope you have a fantastic day,” and honestly, we couldn’t agree more.