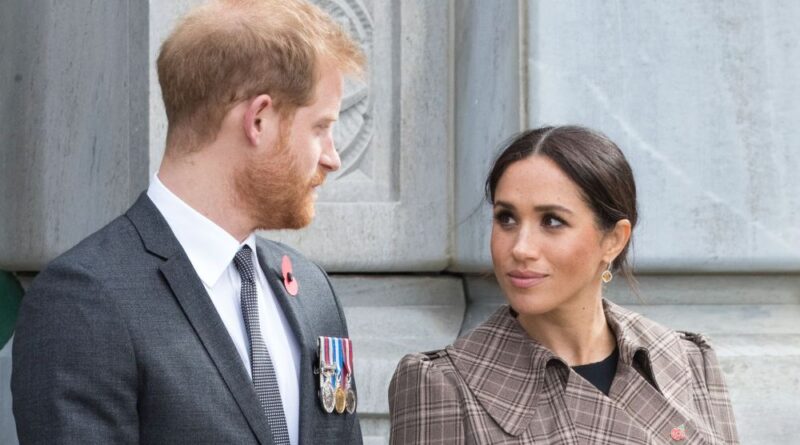 Prince Harry and Meghan’s six-week break from royal duties has come to an end – and the couple is set to attend their first engagement of 2020. On Tuesday 7 January, the couple will visit Canada House in London.

They will meet with Janice Charette, High Commissioner for Canada to the UK, and her staff  to thank them for the “warm” hospitality they received during their recent stay in the Commonwealth country.

After that, Harry and Meghan will stop at the Canada Gallery and view a special exhibition by Indigenous Canadian artist, Skawennati.

They will also meet other members of the High Commission team who work in the partnership between the UK and Canada.

It’s not the first time Meghan and Prince Harry have visited Canada House. The couple went there on Commonwealth Day in March 2019 where they met and spoke with young Canadians from a wide range of sectors including fashion, the arts, and business and academia, about their experiences as expats, as well as opportunities for young people working in the Commonwealth.

Canada holds a special place in Meghan’s heart, who was living in Toronto while filming Suits before moving to England to be with Harry. The Duchess has often referred to the city as her “second home.”

The last time we saw Prince Harry and Meghan was at a Remembrance Sunday service in November. Since then, they have enjoyed a six-week festive break from royal duties.

The family skipped the traditional Royal Family Christmas celebrations in Sandringham (with the Queen’s approval, of course), instead travelling to Canada with the Duchess’ mom Doria Ragland.

Still, fans got a chance to see them when they released their beautiful black-and-white Christmas card. Soon after it, the couple shared a new photo of Harry with Archie on New Year’s Eve too, as part of a video of the highlights from their year.

Prince William Tested Positive For COVID-19, But Kept It Secret