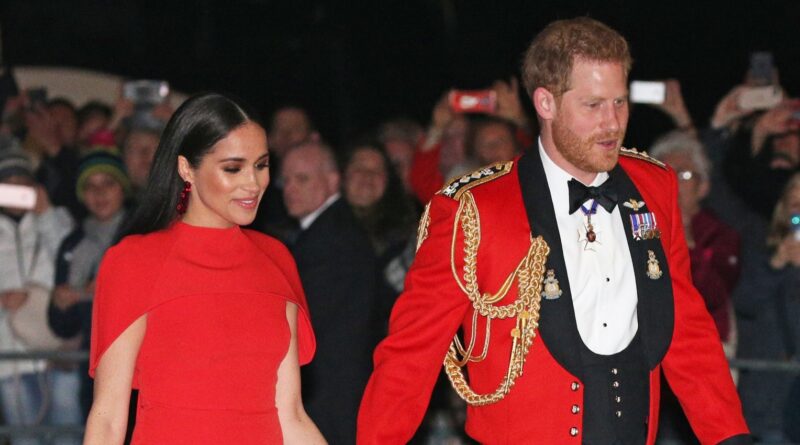 Prince Harry and Meghan stepped out for another joint appearance as they continue their final round of royal duties. They will step back as senior royals on March 31, but have been undertaking a series of engagements over the past days.

Tonight, Harry and Meghan are attending the Mountbatten Festival of Music a celebration of the outstanding versatility of military musicians.

The Prince is attending the Albert Hall event in his role as Captain General of the Royal Marines.

Prince Harry took over from the Duke of Edinburgh as Captain General Royal Marines in December 2017.  But, as part of his and Meghan’s  new deal with the royal family, he will relinquish all three of these posts.

A statement from Buckingham Palace reads: “As agreed in this new arrangement, they understand that they are required to step back from Royal duties, including official military appointments. They will no longer receive public funds for Royal duties.”

On Thursday night, Prince Harry and Meghan attended the Endeavour Fund awards for sick and injured servicemen and women. During the ceremony, both of them handed out awards and the Prince gave a speech.

On Friday, Harry attended the opening of the Silverstone Experience—a new immersive museum about British motor racing. Meanwhile, Meghan paid a visit to at Robert Clack Upper School in Dagenham.

The couple will complete their royal duties on Monday, as they’ll join the rest of the royal family at the Commonwealth Service at Westminister Abbey. 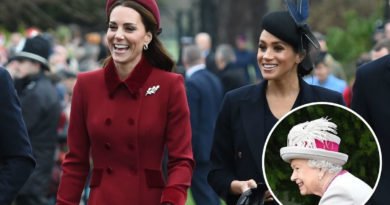 The Queen Made A Joke About Meghan, Kate, Harry And William