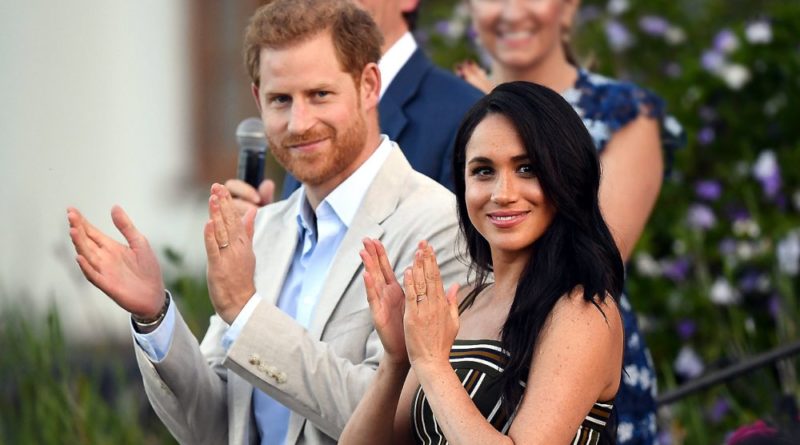 After the rest of the world telling their story, the Duke and the Duchess of Sussex ware taking the subject into their own hands with their own documentary.

Prince Harry, Meghan and their five-months-old son Archie, have returned home in the UK after their first Royal tour as a family of three. But, even though the tour is done, it looks like we’ll get to see some behind-the-scenes footage from their official visit.

On Thursday, Tom Bradby, ITV News presenter, he had filmed a documentary on the tour.

He tweeted: “Just finished filming a documentary on Harry and Meghan in Africa. I think it will explain a lot when it airs.”

Baby Archie is likely to feature in the documentary, as he made quite a special public debut on tour, taking tea with Archbishop Desmond Tutu and his daughter Thandeka Tutu-Gxashe at the premises of his Legacy Foundation in Cape Town.

This particular documentary will of course not be the documentary that focuses on the royal family. Back in 2016, Bradby filmed a documentary with Prince Harry in Africa in 2016. He was also the one who interviewed Prince William and Kate Middleton after their engagement in November 2010.

This news comes after the family has officially ended their tour of South Africa and landed back in London. Prince Harry and Meghan concluded their tour of southern Africa with a private meeting with President Cyril Ramaphosa and his wife, Dr Tshepo Motsepe, on Wednesday.

The royal couple gifted the president with a stunning photo of ankole cattle called “Mankind”, taken by David Yarrow. It is reportedly said to be quite a thoughtful gift as the president breeds cattle.

On the last day of the tour they also attended an afternoon reception at the British High Commissioner’s residence, where they celebrated the U.K. and South Africa’s important business relationship and met with entrepreneurs.

And while there, both harry and Meghan gave speeches.

The Duchess of Sussex shared an important message to young people around the world.

“I remember being a young girl watching TV and seeing what was happening in the world, and frankly, often feeling despair. Because when you continue and constantly see and hear negativity, it can be overwhelming; you can feel powerless, and lost, you can feel different, confused, or like you don’t belong,” she said. “And I’m sure there is a young girl or boy watching this and thinking the maybe exact same thing. So, this is for you.”

“In a world that can seem so aggressive, confrontational and dangerous, you should know that you have the power to change it.

“Because whether you’re here in South Africa, at home in the U.K. or the U.S., or around the world, you actually have the power within you to change things, and that begins with how you connect to others.”

“I have learned from the people I’ve met here, that whether it’s about society’s expectations of masculinity or femininity, or how we divide ourselves by race or faith or class or status — everyone has value, and everyone deserves to be heard and respected. And if you live your life in that way, your generation will start to value each other in ways the rest of us have not yet been able to do so.”

Harry said: “I want to thank you again for the warm reception here today, and everywhere myself and my family have been,” he said. “As I said to the young entrepreneurs this morning — Africa will always have a special place for me and my family, and I can’t wait to return.”

READ NEXT: The Meaning Behind Meghan’s Dress During Meeting With Nelson Mandela’s Widow 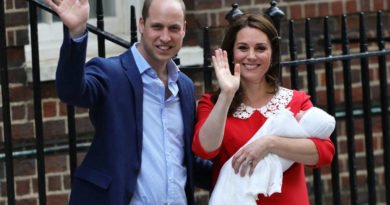 What Kate Middleton And Prince William Told Each Other As They Posed?