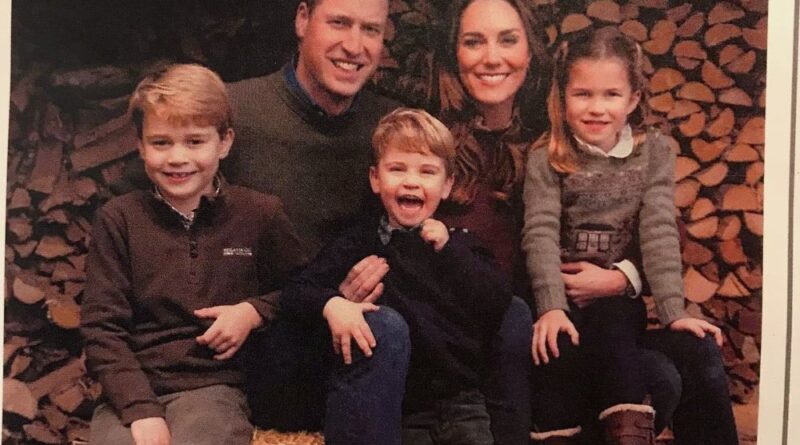 Prince George, Princess Charlotte, and Prince Louis don’t go out much, but today we got two new glimpses of these cute, little royals. First, they were photographed during the first red carpet appearance. And the second time we saw them was in their new Christmas card.

While Prince William and Kate still haven’t released the *official* card on their social media accounts, fans got an early glimpse as the beautiful portrait was leaked early on Twitter. The royals send private cards at Christmas to thank charities and organisations they’ve worked closely with throughout the year.

The message from the Christmas card they sent to NHS staff reads: “Wishing you a very Happy Christmas and New Year. We can never thank you enough for all the dedication and sacrifices you have had to make this year, we will be forever grateful.”

The photo also shows the Duke and Duchess of Cambridge’s signatures on the card.

It is still unknown who shot the photo or where was it taken.

So, as we said, earlier this evening, George, Charlotte and Louis stepped out with their parents to catch a socially distanced performance of Pantoland at The London Palladium.

Prince George looks particularly grown up in a striped navy and red sweater, Princess Charlotte wore a grey and navy plaid dress, while Louis was in a blue button-up jacket previously worn by George. Duchess Kate looked elegant as always in an Alessandra Rich dress, while Prince William matched son George with a red sweater and navy suit.

William also made a speech in which he addressed the essential workers in the building: “You have given your absolute all this year, and made remarkable sacrifices,” he said. “So, too, have your families, who, I’m sure, have seen far less of you than they would have liked. It’s lovely that you are all here together tonight.

“You are representative of the huge number of people across the U.K. who have stepped forward to make a difference this year in so many crucial ways. The country owes you a huge debt of gratitude.”