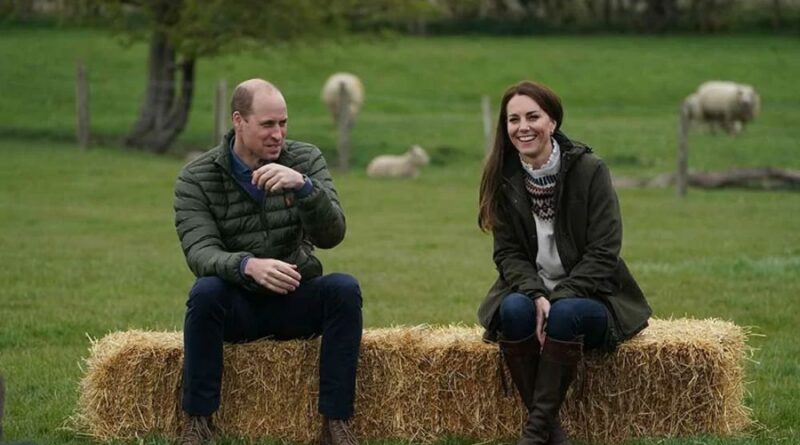 This Tuesday the Duke and Duchess of Cambridge paid a visit to a farm in County Durham, where they spent the day with a family of local farmers. Being the lovers of the outdoors that they are, Prince William and Kate had a fun time, with the two of them even taking turns behind the wheel of a tractor.

The couple, who will be celebrating their 10th wedding anniversary this Thursday, visited Manor Farm near Darlington with owners Clare Wise and Stewart Chapman, seeing their cattle, calving and lambing sheds. This marked the first joint appearance of the couple outside of London since December.

The royals talked to the couple, who also have three children and were the winners of the Sheep Farmer of the Year in 2018, with the farmers explaining how they focus on protecting the health and welfare of their livestock and how they work to improve productivity while boosting sustainability.

The couple is the fifth-generation of the family to run this farm, improving and evolving how they work by using methods such as grass monitoring, land rotation and feed sampling.

Both royals kept is simple yet effective when it came to outfits for the engagement, with Kate wearing a Fair Isle style jumper, wax jacket, boots and skinny jeans, while William going for a padded coat, navy blue chinos, and sturdy boots.

Farmer Stewart, 51, who joined the royals on the tractor on both journeys, had this to say about his meeting with the royals: “They were both very good. William mentioned how the GPS technology was used in helicopters so understood how it worked.

“They both wanted a go and didn’t need any persuasion. Once they got used it, it was fine. There was no drama. Both very keen and very knowledgeable.”

The Duke and Duchess also talked with a group of local farmers supported by the National Union of Farmers about what kind of experiences they had during the past year and how they had to adapt to all the changes and challenges along the way. They also talked about the impact the global pandemic has had on their mental health and how they managed to balance home schooling with their time-consuming work.

It must have felt great for William and Kate to finally go to an engagement away from the stuffy and cluttered London, as this was the first joint engagement the two have had out of London since December last year.

In the past Prince William has talked about his passion for farming, revealing that his children are already playing on tractors.

Another important thing the royals discussed with the farmers was the work they are all doing to improve environmental impact and help deliver the UK’s commitment to net-zero carbon emissions, before the COP26 Climate Change Conference in Glasgow later this year, which will be held in November.

READ NEXT: Here’s How To Watch Prince William And Kate Wedding Anniversary Documentary