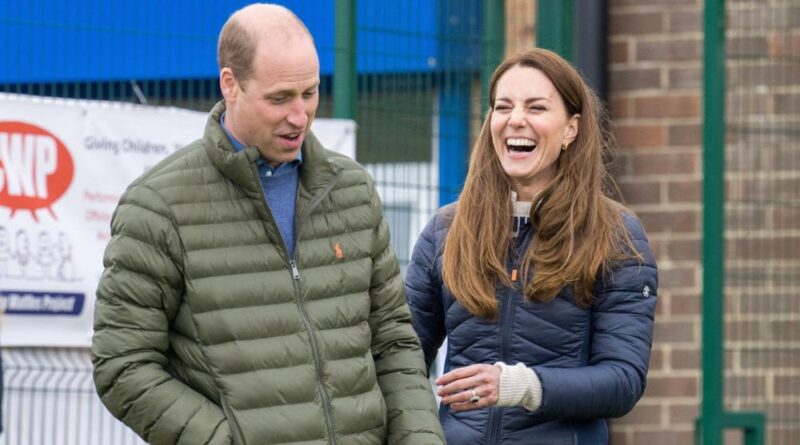 Prince William and Kate just had a very busy Tuesday. The couple were all smiles as they carried out royal duties on a visit to the Cheesy Waffles Project at the Belmont Community Centre in Durham.

While there, William made a touching reference to his late grandfather, Prince Philip, as he chatted to teenagers who had completed their Duke of Edinburgh award.

“Do you know he was my grandfather?,” Prince William asked Evan Jones, 18, and Lee Middleton, 23, who had earner their gold award.

“Sadly he died a few weeks ago. He would have been so pleased that you got your awards.”

Prince William and Kate, who had earlier paid a visit to Manor Farm, which included driving tractors and petting lambs, met with the Cheesy Waffles Project charity.

During the visit, they met with the founders of the organisation, which aims to help children, young people and adults with additional needs at the Belmont Community Centre.

According to Kensington Palace, “CWP receives support from The Key, one of 26 charities chosen by The Duke and Duchess in 2011 to benefit from donations to their Royal Wedding Charitable Gift Fund.”

The Duchess switched her khaki jacket for a blue padded jacket and her knee-high leather boots for ankle-high dark brown boots for the second engagement. She wore the same off-white jumper.

The visit to The Cheesy Waffles Project (CWP) came ahead of their 10th wedding anniversary on Thursday.

The royal couple also tried their hands in golf. Although Kate took her time lining up her shot, she completely missed the ball on her first go. But she nailed it like a pro on her second try.

This marked the first joint appearance of the couple outside of London since December.

READ NEXT: Prince William And Kate Ride Tractors During Farm Visit In Durham