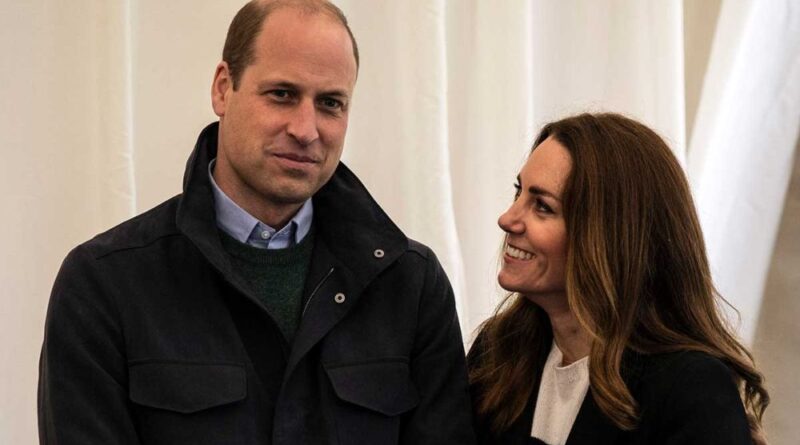 Prince William and Kate managed to enjoy a secret date night at their former university town, St Andrews, where they first fell in love during their tour of Scotland.

The royals were seen leaving Forgan’s, a contemporary restaurant with a Scottish twist, in St Andrews on Tuesday, ahead of their engagement-filled Wednesday.

One royal fan shared a photograph of the royals, that shows Kate wearing a pink and white jumper from Scottish label, Campell’s of Beauly, which she also wore for a land yachting session with a group of young carers on West Sands Beach on Wednesday.

The Duke & Duchess of Cambridge are pictured leaving Forgan’s in St Andrews yesterday.
Thanks to Elisabeth for sharing this photo. pic.twitter.com/Z6ZDsvW9jT

For her romantic meal with her husband the Duchess paired her knitwear with jeans and trainers, the most casual of all looks. The two royals were seated in a private seating area at the back of the eatery, a place that has welcomed all kinds of celebrities, such as famous golfer Rory McIlroy.

“There was a crowd outside once they left but as far as inside goes it was quiet,” said manager Marc, who wanted to stay anonymous and didnt give a last name.

The manager, who was off duty at the time when the royals arrived, was called by the staff: “Word certainly reached me we had guests come in.”

On Wednesday, the couple visited the campus where they heard the students in their majors, geography and art history about how they coped during the coronavirus pandemic. During their visit, they planted the first tree for the St Andrews Forest, one of the key initiatives in the University’s action plan to become carbon neutral by 2035.

This visit to St Andrews comes shortly after the Cambridge couple celebrated their tenth wedding anniversary last month, as well as 20 years after they first met as first-year students.

Back in college, William and Kate lived a few doors apart at St Salvator’s hall of residence and quickly became friends, before living together with other students in a four-bedroom Edwardian townhouse in Fife.

After some time, in 2003 their friendship evolved into a romance, with the pair being first pictured together a year later, as Kate joined Prince William on a skiing holiday in the Swiss resort of Klosters.

The years passed and finally, in November 2010 the two announced their engagement, officially tying the knot the following April at Westminster Abbey in a royal wedding that was followed by millions, both in person and on their TVs all over the world.

READ NEXT: Duchess of Cambridge Has The Funniest Reaction When Child Confuses Her With William

When Will Prince George Carry Out His First Solo Engagement