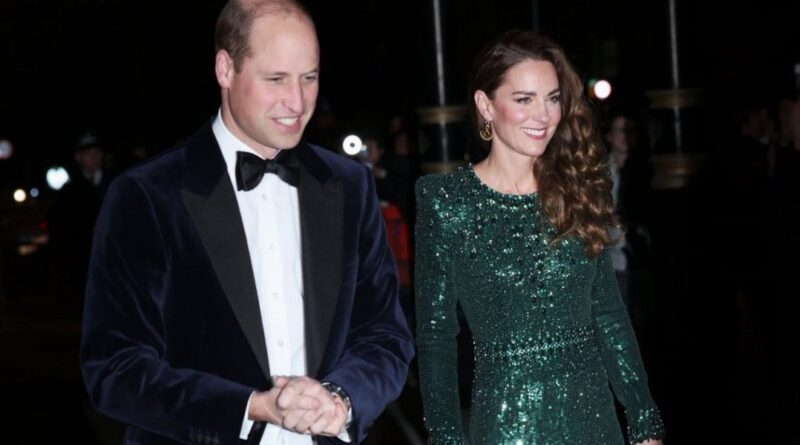 Prince William and Kate stepped out on Thursday evening for this year’s Royal Variety Performance at Albert Royal Hall. The annual fundraiser for the Royal Variety Charity has been staged since 1912 and is now watched by over 152 million TV viewers worldwide.

Due to her busy schedule, the Queen has not attended the Royal Variety Performance since 2012. And now having in mind her recent health scare she is not attending the show this evening either.

The Duchess of Cambridge stepped out in a green sequined gown by Jenny Packham, which she debuted during the couple’s royal tour of Pakistan. She combined the gown with a green clutch also by Henny Packham. Prince William joined her in a sharp suit.

Stars lined up to appear include Ed Sheeran, Sir Rod Stewart, the cast of the Royal Shakespeare Company’s phenomenal Matilda The Musical Anne-Marie and music from Years and Years.

The royal couple will also get the chance to enjoy some music from Gregory Porter and Elvis Costello, as well as a special collaboration by actress Keala Settle and the Some Voices choir.

The last time Prince William and Kate attended the Royal Variety performance was in 2019. Last year, the show looked a lot different due to COVID-19 with an empty auditorium and ‘virtual audience’. Prince Charles had recorded a video message in which he praised the “incredibly talented” performers of the Royal Variety Performance, and said the event going ahead proves “the show really can go on”.

READ NEXT: George, Charlotte And Louis Won’t Join William and Kate For Next Outing