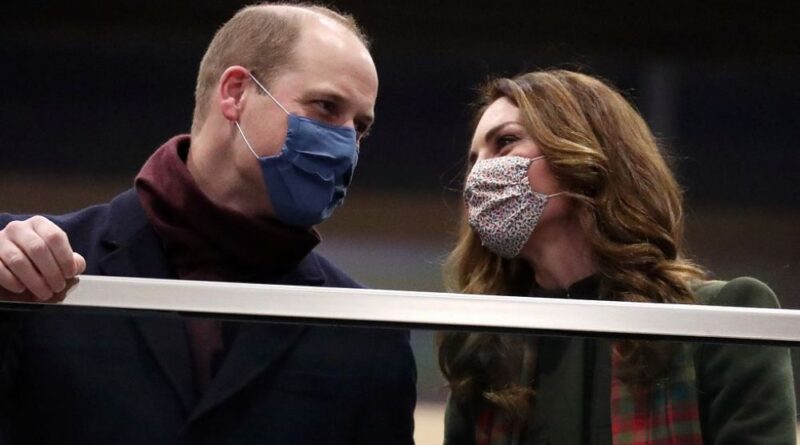 Prince William and Kate officially set off on their royal train tour of Britain, to personally thank COVID-19 heroes. The couple left from Euston station in London, where they were serenaded by British singer Shakin’ Stevens.

Stevens performed “Merry Christmas Everyone” as Prince William and Kate met transport workers at Euston station, a song they personally requested. As the singer performed, the Duchess, wearing an Alexander McQueen coat and tartan scarf, swayed to the music as they waved to passengers from a balcony.

When Shakin’ Stevens was asked how he felt when he got the call asking him to perform, he said: “Absolutely hanging from the moon.”

“It’s lovely to give back isn’t it? It’s nice to give back and they are leading the way,” he said about Prince William and Kate’s royal train tour.

“It needs something to cheer us up doesn’t it? Because what we’ve got, we don’t know how long it’s going to go on for, so you have got to keep your pecker up.”

The royal couple met with Transport for London employees and rail staff to thank them for their hard work throughout the COVID-19 pandemic.

The Duke told Alero Abbey, TfL area manager for Green Park and Euston: “It’s moments like this when people really appreciate what you do every day. Suddenly we all know what you do and that you do a really good job.”

Prince William and Kate were shocked to hear from Glyn Smith, London Overground driver, who revealed to them he had managed to avoid hitting a young child on the line in June.

Prince William asked: “You saved his life? How fast were you going at the time?”

Smith told them he was driving at around 20mph: “It could have been so much worse.”