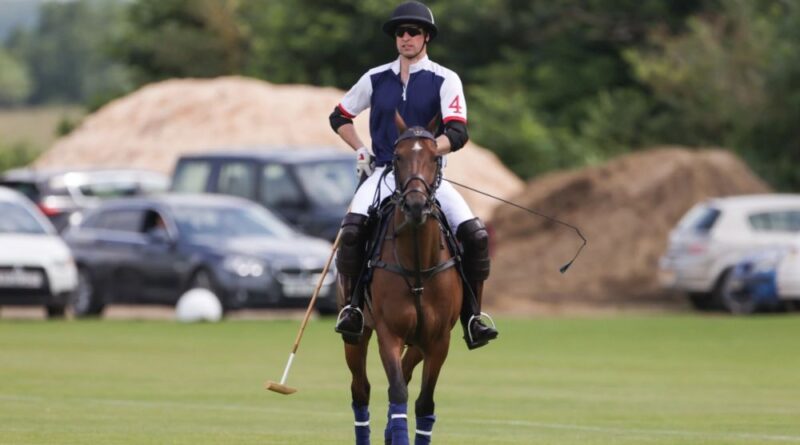 On Friday, Prince William made a long-awaited return to his beloved polo field for a charity match. He took part in the Out-Sourcing Inc Royal Charity Polo Cup 2021 at Guards Polo Club. He helped to raise money for charities supported by him and the Duchess of Cambridge such as Centrepoint, East Anglia Children’s Hospices (EACH), Family Action, Fields in Trust, The Forward Trust, London Air Ambulance, Mountain Rescue England and Wales and Tusk.

Prince William looked incredibly cool in white slacks and a navy top. He played for the US Polo Assn team, and scored two goals during the match.

HELLO! Magazine reveals that the pony that he rode during the fourth and sixth chukkas was named Pony of the Match.

In the past, Prince William often played in charity polo matches with his brother Harry. The last time he publicly saddled up his horse and grabbed his mallet was in 2019 at the King Power Royal Charity Polo Match at Billingbear Polo Club where he played and won against his brother Prince Harry’s team.

For that match, both Prince William and Prince Harry were cheered on by their wives and their children.

Kate was unable to attend – as she is still in self-isolation after being pinged by the NHS Covid-19 App last Friday. A spokesperson said: “Last week the Duchess of Cambridge came into contact with someone who has subsequently tested positive for COVID-19.

“Her Royal Highness is not experiencing any symptoms, but is following all relevant government guidelines and is self-isolating at home.”

William, who is an avid sports fan, has been seen at a number of sports matches in the past few weeks.

He is also expected to cheer on England, on Sunday, at Euro 2020 finale.

READ NEXT: Why Prince George Didn’t Join Prince William To England VS Denmark

George, Charlotte And Louis Have The Perfect Snowy Place To Play In