The soon to be married, Prince Harry and Meghan Markle, are arriving in Cardiff on Thursday. The royal couple will have a chance to visit the Welsh city and greet the locals.

It was not long ago when the Suits actress visited Nottingham and Brixton together with Harry. The Britons certainly gave them a warm reception.

Beautiful picture of the #Royal #Brothers with their #loveones… #KateMiddleton #PrinceWilliam #MeghanMarkle and #PrinceHarry!!! pic.twitter.com/CwInnLYpoz

But, allegedly Prince William and Kate Middleton have been angered by a scheduling clash.

According to reports, on the same day when Prince Harry and Meghan will visit Wales, Prince William is having engagements in other places.

Apparently, he is about to be visiting Evelina Children’s Hospital. His visit is due to support the launch of the Step into Health programme.

“Mark my words, William will be furious,” an insider revealed.

“He is carrying out these visits because he really believes in the projects.

“Inevitably, Meghan will attract all the media attention. William understands that, so he will be very frustrated that the engagements were arranged for the same day.”

“They will regularly be attending events on the same days,” the source said, according to Mail Online.

Still, Prince William will visit the hospital in London on January 19, according to their official diary. That is this Friday.

And accompanied by Kate Middleton, both of them will visit Coventry on January 16.

I added a video to a @YouTube playlist https://t.co/08obJprmMk Prince Harry and Meghan Markle SPECIAL EVENT clash with Prince William

On Thursday, the Duchess of Cambridge will visit the Mittal Children’s Medical Centre at Great Ormond Street Hospital and Bond Primary School.

It is not an uncommon thing for the member of the royal family to have engagements on the same day. 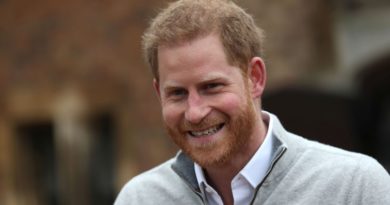