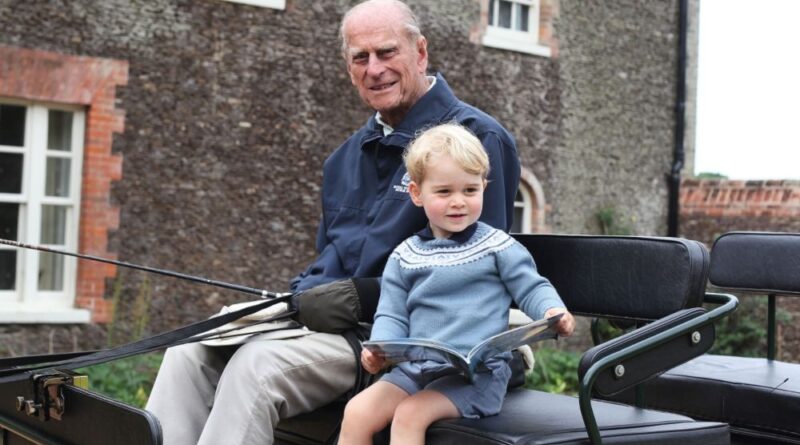 With Prince Philip passing last Friday at the age of 99, the royals have been finding ways of paying tribute to the Duke of Edinburgh. Prince William shared in an emotional post a photograph of Prince Philip with his great-grandson Prince George.

The photograph was taken back in 2015 in Norfolk, by none other than the Duchess of Cambridge herself. In it we can see two-year-old Prince George happily smiling and holding a book, as he enjoy a carriage ride with his great-grandfather Prince Philip. In the photo the two royals were matching, with both of them wearing blue, with the young one wearing a Fina Ejerique jumper with shorts and Converse.

Accompanying the photograph was this emotional statement, written by Prince William: “My grandfather’s century of life was defined by service – to his country and Commonwealth, to his wife and Queen, and to our family.”

William added: “I feel lucky to have not just had his example to guide me, but his enduring presence well into my own adult life – both through good times and the hardest days. I will always be grateful that my wife had so many years to get to know my grandfather and for the kindness he showed her.

“I will never take for granted the special memories my children will always have of their great-grandpa coming to collect them in his carriage and seeing for themselves his infectious sense of adventure as well as his mischievous sense of humour!

“My grandfather was an extraordinary man and part of an extraordinary generation. Catherine and I will continue to do what he would have wanted and will support The Queen in the years ahead. I will miss my Grandpa, but I know he would want us to get on with the job.”

The two royals had a very close bond. When actor Matt Smith was tasked with portraying the Duke of Edinburgh on the TV series The Crown, he asked multiple royals for advice, with Prince William simply describing his grandfather with: “Just one word – legend.”

The Duke of Cambridge pulled out of this year’s BAFTA after his grandfather’s passing on Friday. He was due to make a speech via video link instead of attending the two-day virtual event at London’s Royal Albert Hall this weekend.

The whole UK and the royal family are deeply saddened by the Prince’s passing. He died bedside last Friday at Windsor Castle. Details about the ceremony are still to be announced.

READ NEXT: The Hilarious Thing Kate Loves To Tease Prince William About

The Duke Of Cambridge Revealed What Keeps Him Up At Night