Prince William shares how he feels “extremely lucky” to be a royal in an exclusive interview with The Big Issue, just before the future king turns 40 this Tuesday. The interview will be featured in a special edition of the newspaper.

The Duke of Cambridge shared a candid statement after stepping out in support of the homelessness charity earlier this month.

The 39-year-old wrote: “I count myself extremely lucky to have a role that allows me to meet people from all walks of life, and to understand their full story – whatever it may be.

“It’s a privilege that many of us, busy with our days, don’t always afford.

“…So, for my part, I commit to continue doing what I can to shine a spotlight on this solvable issue not just today, but in the months and years to come. ”

I have always believed in using my platform to help bring attention and action to those who are struggling and I commit to doing what I can to shine a spotlight on this solvable issue not just today, but in the months and years to come. pic.twitter.com/03L0GjphXS

In the piece Prince William also talked about his mother Princess Diana and her influence on him, such as always encouraging him to help those in need, and pledged to do the same with his children, Prince George, Princess Charlotte and Prince Louis.

He added: “I hope to bring George, Charlotte and Louis to see the fantastic organisations doing inspiring work to support those most in need – just as my mother did for me.”

This news comes just a day before the future king turns 40 on Tuesday, and despite referring to himself as an “unlikely advocate” for the cause, William said that it felt more important than ever to show his support.

Earlier this month Prince William was seen selling the Big Issue alongside a regular vendor for the magazine, Dave Martin, 60, in Rochester Row, Victoria.

The duo sold 32 copies of the magazine in total, with the royal describing the experience as “truly eye-opening.”

After their stint selling copies, the two men headed to The Passage, a charity that Prince William has been a patron of since 2019.

In 2021 the Duke made three surprise visits to homeless shelters, including The Passage, which shared some photos of the engagement on Twitter.

The charity shared a photo of the father-of-three wearing a face mask and apron as he packed paper bags. Fans quickly flocked to the post, heaping praise and good words at the royal, filling the comments with it.

In 2020, Prince William made a visit to The Beacon Project in Mansfield. There he met with ex-serviceman Delroy Carr, 58, who had his right leg amputated above the knee after drug use 11 years ago. Carr shared a story with William about how another center user, Daniel Walker, lost his prosthetic limb.

After hearing the story, William vowed to help Mr Carr, as well as personally ensure that his details reached the Defence Medical Rehabilitation Centre (DMRC) for ex-service personnel.

The Duke of Cambridge has many other charities and organizations he supports that fight homelessness, such as being a patron of the Centrepoint Homeless Charity.

READ NEXT: Prince Charles Pays Tribute To William And Harry With New Photo 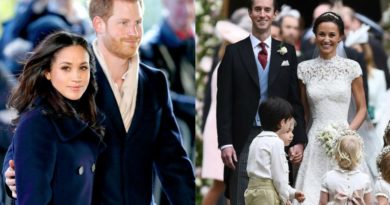 What Prince Harry and Meghan’s Wedding Has In Common With Pippa Middleton’s? 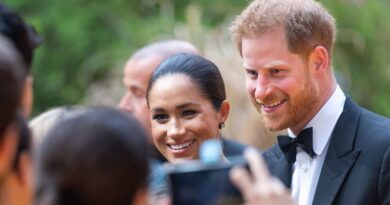 Harry And Meghan Donate Funds From Wedding Amid Coronavirus