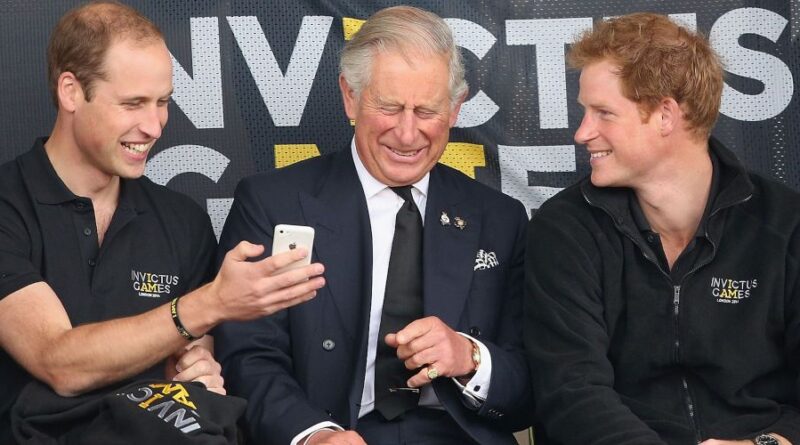 Prince Charles shared a meaningful tribute to his sons Prince Harry and Prince William as a way to celebrate Father’s Day.

This Sunday, June 19th, is Father’s Day, and to mark the occasion the Prince of Wales headed to Instagram where he published three special photos on the official Clarence House account.

The first of the photographs showed a young Charles sitting on the grass with his sons, all three of them smiling from ear to ear as they enjoy a family holiday together at Balmoral, and fans absolutely loved this sweet throwback.

The second one showed Prince Charles sharing a joke with his late father Prince Philip, who passed away last year in April at the age of 99.

The caption alongside the photographs simply read: “Wishing everyone a very happy Father’s Day!”

This sentimental tribute has touched the hearts of the fans, who flocked to the post and quickly filled the comment with thousands of fans wishing  Prince Charles a happy Father’s Day.

Yet another follower commented: “Happy father’s day to a phenomenal father. You are protective, educated, effortless.”

The future king wasn’t the only one to share a Father’s Day message online. The Queen also released a gorgeous black and white photograph of the monarch (then Princess Elizabeth) smiling at her father King George VI, taken in 1946.

The photograph, was taken back in 2021, when the family-of-five were on holiday in Jordan. It shows Prince William posing with his arms around his eldest children, Prince George, eight, and Princess Charlotte, seven, while youngest child Prince Louis, four, adorably sits on his father’s shoulders.